Soapbox Science has been a firm fixture in Edinburgh since 2016 and has taken place each year since then on The Mound, come rain or shine! We’ve had researchers from over 15 institutions across Scotland (and occasionally further afield) representing an impressive range of research.

Soapbox in Edinburgh relies on an army of volunteers who help to make the day go smoothly, and each year our call is picked up by exceptional people who come from Edinburgh and beyond to help out.  We also rely on our colleagues across Scotland’s higher education network who encourage researchers and volunteers to take part, and raise awareness of Soapbox.

We’d love to have applications from STEM researchers across Scotland, reflecting the wide range of world-leading research taking place across the country. 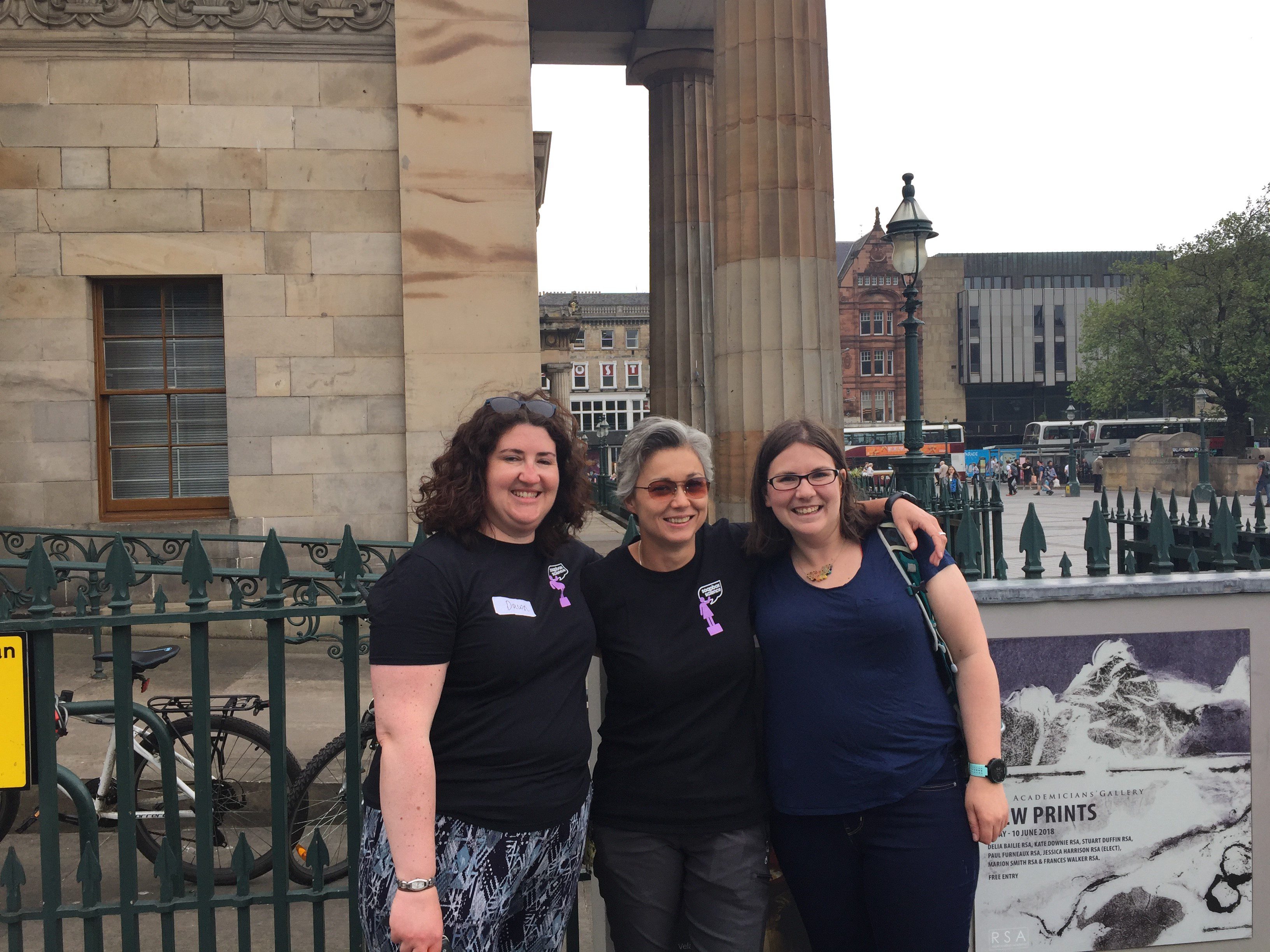 The Soapbox Edinburgh team are Anne Pawsey, Dawn Smith and Clare Taylor, who have coordinated the event since 2016.

Anne has a research background in physics and is currently based at The University of Edinburgh.  Anne won the Shell and Institute of Physics Very Early Career Women in Physics Award in 2013 and was a Beltane Public Engagement Fellow in 2018.  She was a Soapbox Scientist in Edinburgh in 2016 and Glasgow in 2015.

Dawn has led public engagement at Edinburgh Napier University since 2015.  Having worked with, and in, the higher education and third sectors for nearly ten years, she is passionate about supporting the partnership between communities and researchers. Dawn is a member of the ScotPEN organising committee and is involved in a number of projects in the public engagement sector and became a Senior Fellow of the Higher Education Academy in 2018.

Clare Taylor is a senior lecturer in Microbiology at Edinburgh Napier University where she is also the Academic Lead for Public Engagement in the School of Applied Sciences.  Clare is the current General Secretary of the Society for Applied Microbiology and has performed at the Cabaret of Dangerous Ideas at the Edinburgh Fringe.