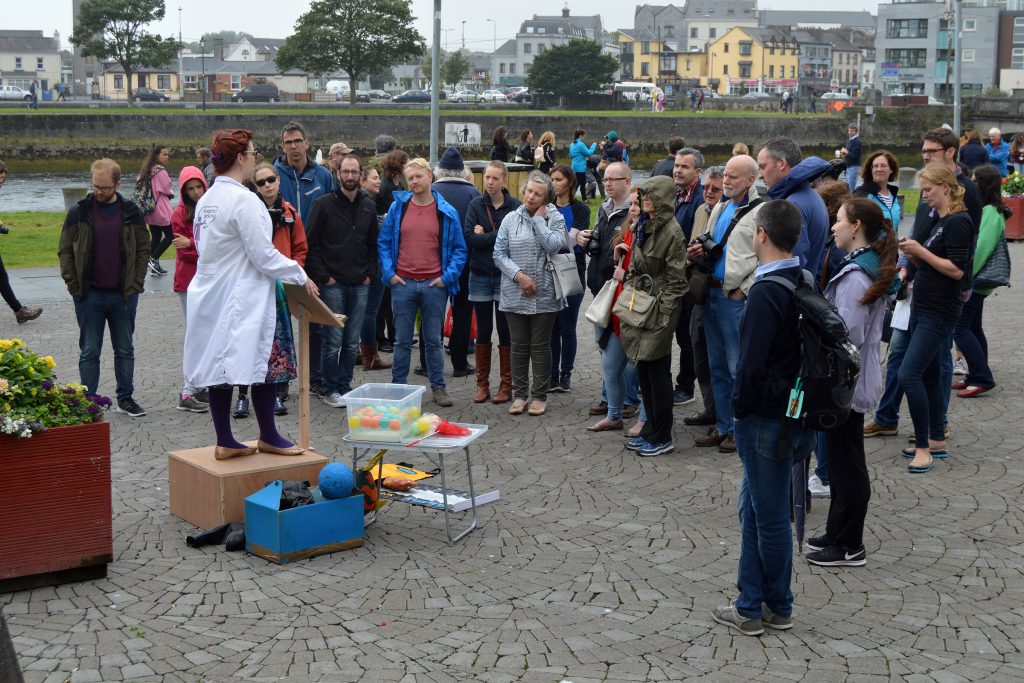 Our team consists of Dara Stanley and Jessamyn Fairfield; both early career academics at NUI Galway. Jessamyn is a nanoscientist and comedian, whose research is focused on building electronics like the brain. She is a lecturer in the School of Physics and CÚRAM (Centre for Research in Medical Devices) at NUI Galway. Dara is a scientist interested in ecology and biodiversity, and in particular in plants and the insects that pollinate them. She is a lecturer in Botany and Plant Science, in the Ryan Institute at NUI Galway. We co-organise the event, and are both involved in all aspects of running it including recruitment, admin, promotion etc.

We had both recently moved to NUI Galway and both independently wanted to run a soapbox science event, and it was through this that we initially met. We had seen the need for a positive and fun way to engage with the issues around gender and STEM in the west of Ireland and in Galway in particular. We’re both also really interested in public engagement with science, and knew soapbox science was a great vehicle for bringing science to a really public audience. It has been extremely fortuitous that we met and were able to combine forces and run the event together, and it has worked extremely well! It’s also been great to meet a new friend in a new city! 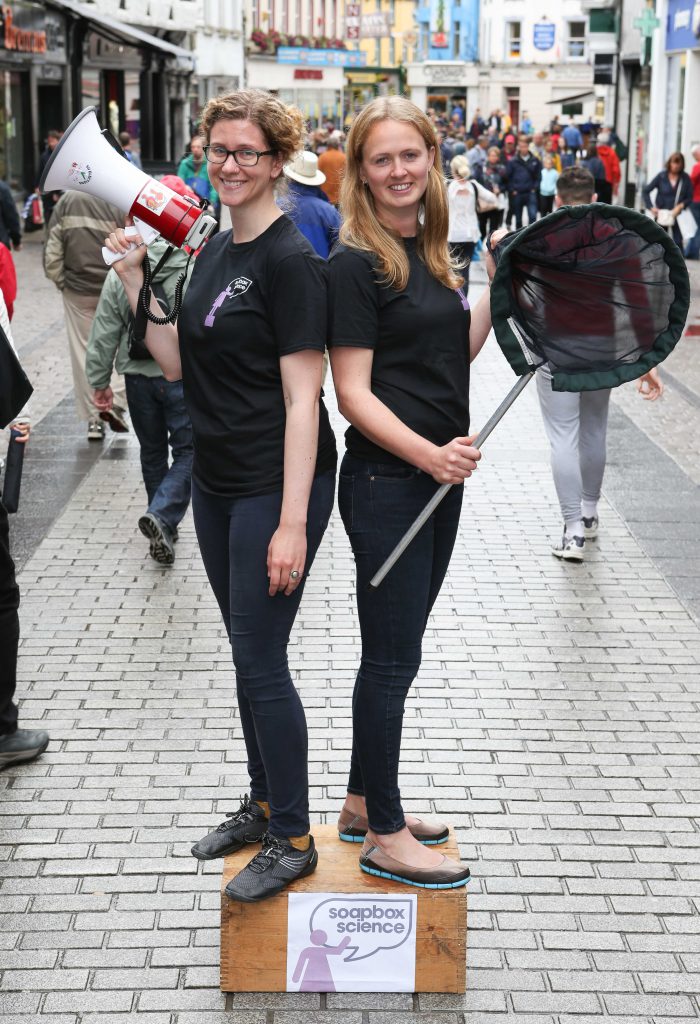 Soapbox Science Galway is supported by the NUI Galway Office of the Vice-President for Research.

Find out about past events and speakers in Galway: