The double M: Matthew, Matilda and starting a career as a woman in science

Posted on June 6, 2013 by soapboxscience 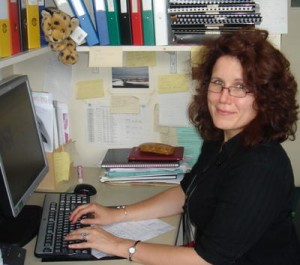 Bombarded with information on a daily basis, we, the everyday you and me, rarely absorb the reality and depth associated with the series of facts and figures we are confronted with. Over 400 ppm of carbon dioxide in the atmosphere, over 7 billion people on Earth, nearly 870 million people suffering from chronic undernourishment: bad news, depressing stats. We read it, we move on from it, we forget, we deny. But sometimes, some of these bad numbers stick: they stick because they resonate; they are close to our reality; they are generalizations of situations we witnessed. In these moments, numbers become people and stats a collection of stories: the information becomes important enough to trigger a reaction, an interest in changing the reported situation. Raising such an interest in a majority of people can be difficult and, admittedly, is easier when talking about issues that are commonly experienced by many. It gets much harder to do so when talking about the ivory tower world of science, and the teeny tiny minority that are women in science.

So who are the women in science? These are women in Science, Technology, Engineering and Mathematics (STEM) jobs. In 2012, it was estimated that 693,000 women were working in STEM occupations – representing 13% of the working force. What’s the problem with women in science, I hear you ask. Well: there is not that many of them, despite the large numbers of girls that get educated in STEM subjects. Contrary to popular opinion, most of these subjects tend to be equally liked by both boys and girls: in 2012, four in ten of Mathematics ‘A’ level entries were female; nearly 50% of Chemistry ‘A’ level entries and up to 56% of Biology ones were also female. Yet, when it comes to looking at who ends up working in STEM jobs, we are left with a majority of men. Gender-based differences in retention rate are a clear cause of the relative paucity of women in science: last year, it was for example estimated that 73% of female graduates are eventually lost from STEM fields, compared to 48% of men. Women are not only rare in STEM occupations; they are even rarer in top positions. Such a leaky pipe situation is particularly noticeable in academia: although nearly 60% of undergraduate biologists are female, this number drops by almost half by the time women reach their first permanent position; professors make up less than 15% of the positions.

Does it really matter? Surely given the plethora of environmental, societal and economic issues our world is currently faced with, there are other priorities than addressing gender imbalances in the STEM community? Well, turns out tackling gender imbalances in science could really make a difference in helping address current challenges. First, losing trained scientists can represent a sunk cost: for example, conservative estimates put the economic cost of a PhD in the UK at c. £100 000. Yet, every year, a high proportion of young trainees leave the STEM community, many for jobs that do not offer opportunities to fulfill their economic potential; a majority of these are women. Second, gender diversity is associated with indirect benefits: for example, it has been shown that commercial businesses with gender-balanced staff and management tend to perform better financially. Increasing the retention of trained female scientists could therefore help avoid the loss of important brainpower while simultaneously boosting the economy. In 2012, it was estimated that increasing women’s participation in the U.K. STEM labour market could be worth at least £2 billion, or roughly 0.2% of the United Kingdom’s gross domestic product.

So why, why, why? Why are a majority of female scientists leaving something they undertook years of training in? There are many nonexclusive hypotheses that have been put forth: lack of self-confidence, differences in family responsibilities, discrimination, and the nature of the culture found in the STEM community are all factors that have been suggested to play a role. Among these, I find the lack of self-confidence a particularly interesting one: why would women be less confident than their male peers? Many have argued that it’s “women’s nature” to be less sure of themselves, implying that women are natural losers when playing the power game, should it be in science or business. But what if nature is actually only nurture? What if that lack of confidence could be traced to the double M, the infamous Matthew and Matilda?

Now, who are Matthew and Matilda, I hear you wonder. Well it all goes back to a line in the biblical gospel of Matthew, and a U.S. women’s rights activist, named Matilda Joslyn Gage. The Matthew effect, as it is actually known, was a term coined by Robert Merton to describe how eminent scientists will often get more credit than a comparatively unknown researcher, even if their work is similar. Matthew is also about credit being given to researchers who are already famous, despite that credit belonging to their PhD students or post-docs. The Matilda effect, on the other hand, was first described in 1993 by Margaret Rossiter, and refers to the systematic repression and denial of the contribution of women scientists in research, whose work is often attributed to their male colleagues. The Matilda effect goes beyond female researchers not being credited for their actual contribution to science: the effect is also about the quality of any scientific output being perceived of being lower if generated by women. This was well illustrated by the outcome of a study published earlier this year, which reported that young scholars rated publications supposedly written by male scientists as higher quality than identical work attributed to female authors. A colleague of mine once offered me a drawing that illustrates well that effect: a woman and 9 men sit in a boardroom. The chairman says “that’s an excellent suggestion, Miss Triggs. Perhaps one of the men here would like to make it”.

Now, imagine for a minute that you are a young woman in science: if these effects are real (and there is support to assume so), then you are basically at the very bottom of the STEM food chain. The likelihood of anyone taking you seriously is very low. Whatever research output you produce is likely to be double-checked or doubted; whatever idea or opinion you have is likely to be unheard. In this context, is it that surprising that many early career female scientists feel like impostors? I don’t believe so; years of developmental psychology have shown how encouragements, extended trust and praise are key to boosting children’s self-confidence. Young adults (and even older ones) are really just children with a bit of experience and tricks: fundamentally, they will respond to the same triggers. Doubt them, blame them, criticise them, ignore them, and you will shatter their self-confidence; you will disengage them; you will help them decide to leave. Young men and women are likely to respond the same: unfortunately, young women have to deal with two Ms, while young men only deal with one.

Now, admittedly there are other reasons as to why trained female scientists leave science, and not all young female scientists succumb to the double M. Yet it seems extremely regrettable to lose so much skill and potential on something that could be fixed. It seems even more regrettable to continue portraying young female scientists as being fundamentally more insecure and unsure than their male peers, while this might just be the consequence of the current working culture. There is no hope of tackling gender imbalances in the STEM community if we are not able to trust, empower and praise male and female scientists equally. “We” is not just the STEM community member: we is the person that reads the news, the parent that discusses whether their girl should do physics and maths at A level, the journalist that searches for the scientist to invite onto his program. “We” is us all.

Dr Nathalie Pettorelli is a Research fellow at the Institute of Zoology, Zoological Society of London. You can follow her on twitter (@Pettorelli)