Breaking the taboo: advice that could help retain women in science 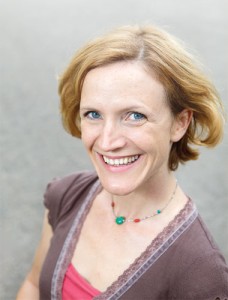 Emma’s scientific career was on steep upward trajectory: her first postdoc position was abroad and resulted in a first author Nature paper, among other high profile publications. She then went on to her dream postdoc position in a prestigious university. Things were looking really rather splendid for her. She was equally delighted when her first child was born, shortly after starting her new postdoc: she was set for a storming career and a fulfilling family life. After maternity leave, she intended to pick up where she left off, and with a supportive partner she was not worried about juggling motherhood with her passion for science. Her supervisor, however, was concerned about the project being put on hold for 6 months whilst she was on maternity leave. He suggested to her that it would be good for everyone if they appointed someone in her place to carry on the project whilst she was away. That way she’d come back to a well-developed project, with lots of data to analyse and write up. Sounded reasonable. But when Emma returned to work after maternity leave things didn’t quite work out how she expected. The maternity-cover postdoc was kept on, he was deep into the project, and it was clear that he was now in the driving seat. Emma didn’t get any first author publications from this postdoc; she had little role in data interpretation: she had become the overqualified technician. Emma didn’t manage to secure another postdoc after this. She applied for fellowships, but the gap in her cv and the lack of first author papers in the last couple of years stood against her.

Emma is now a civil servant, and spends her time doing t-tests and basic data-basing for the government, for very little money. Emma greatly misses science: it was her passion. She hadn’t asked for any special privileges: she just wanted to have a family, like any other woman might want, and to pursue her career as a committed, passionate and talented scientist. It is unethical that the scientific culture cannot accommodate a normal work-life balance. It costs the British government about £100k to train a UK PhD student. Quite a lot for someone to run t-tests all day….

This is a true story (name changed) – it is just one of the many accounts I have personally witnessed as my female colleagues quietly slip off the research radar. We don’t hear much about the women who leave science, as (like Emma) they often feel so deflated and see it (wrongly) as a personal failure that is it not easy for them to share their stories.

It’s not difficult to work out that good advice and mentorship at the right time can make or break the success of early career female scientists. But like Emma, all too often they get the advice they need too late. Before they know it, they have become another statistic in the leaky pipe of gender inequality in science. There is not enough good research out there yet for us to know the key factors for why there are so few women in science, or what the solution is to improving the retention of women in science. But it takes no genius to note that we would certainly not see promising young scientists like Emma slip away, if they were better informed on career decisions, how to accommodate career and family aspirations, how to pre-empt the potential pitfalls ahead, and were informed of their rights and how to negotiate them. It seems to be taboo to talk about this when you are at an early career stage – as if it might flag you as troublesome or that you might not be 100% committed as a scientist. Women need to be strategic about their career path in order to avoid slipping through those holes in the career pipeline. The best advice for developing a water-tight strategy comes from those who have already surmounted the challenges that lie ahead.

Over the next few weeks www.soapboxscience.org will be showcasing the lives, strategies, insights and thoughts of some of the UK’s top women in science. Each blog is a Q&A interview that tells a unique story about how and why these inspirational women got to where they are now. You won’t find many ‘text-book’ cases: many of these women have taken a rather untraditional route to be where they are today.  Interestingly, these women were chosen not because of their unique stories, but for their passion for science and their eagerness to break the taboo and speak up about women in science and the urgent need for society, industry and government to tackle the lamentable inequality among scientists today. Each interview serves as empirical evidence of how the challenges facing women in science can be surmounted. These include the mentor (Hilary Lappin Scott), the ‘two-body’ problem (Jane Hill), the late-comer (Julie Dunn), the supportive partner (Laura Piddock), the international jet-setter (Zoe Schnapp), the long distance relationship (Sabrina Maniscalco), and the amazing story of the one who broke the rules: the returner to science (Ravinder Kanda).

These women are all taking a brave and public approach to bringing their science to the public on the 5th July, on London’s Southbank as part of Soapbox Science 2013. They will stand on soapboxes on the streets of London and speak to an audience who would not normally come across a scientist in their everyday lives. Together, these scientists will showcase some of the groundbreaking science that is being masterminded by women of the UK today. They make a stand not only for UK science, but also for women in science in general by serving as the accessible, visible, taboo-breaking role models that are required to achieve a fairer, more gender-balanced science culture at home and abroad.

We hope you enjoy the interviews that will follow over the coming weeks, and that many of you will join us on the 5th July on the Southbank, either in person or follow us virtually through our twitter account @SoapboxScience.  More details at: www.soapboxscience.org.

If you too have a story to tell about your career in science please let us know. We are especially keen to hear from women who have left science: why did you leave? What would have made a difference? By engaging in public dialogue about this, we can hope to pave a safer and fairer path for the scientific culture of the future.