What is there to know about pig parasites?: Meet Emelie Pettersson 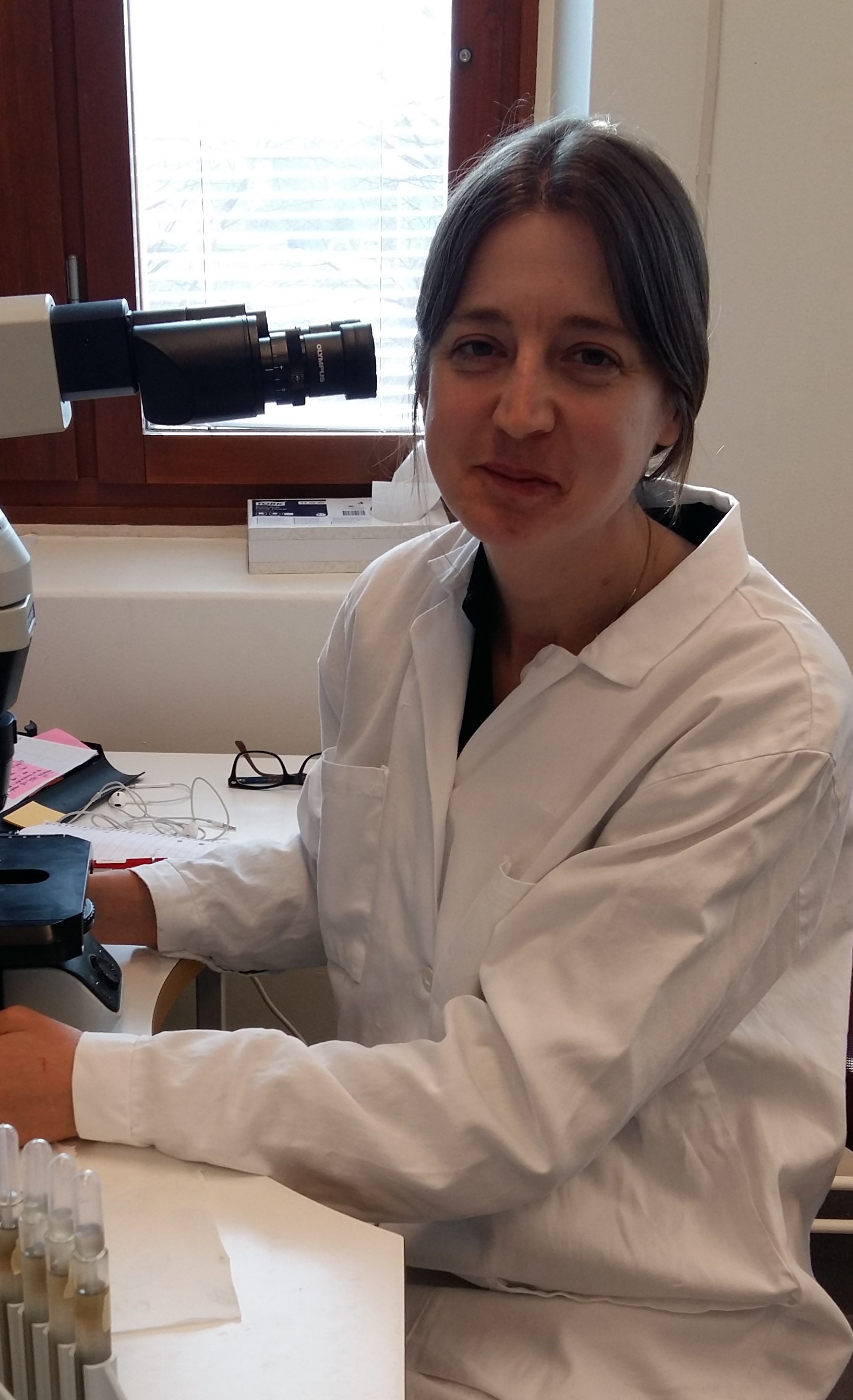 Emelie Pettersson is a veterinarian and a PhD student at the National Veterinary Institute and the Swedish University of Agricultural Sciences. After graduating with a veterinary degree from the University of Melbourne, Australia in 2008 she spent almost nine years working in mainly small animal emergency and critical care medicine, both in Australia and in Sweden. With a desire to eventually work in the field of veterinary public health, Emelie did a Master of Science degree in International Animal Health through the University of Edinburgh, parallel to her clinical work, and graduated in 2014. In 2017, she started a PhD in veterinary parasitology and the career path took a new turn, from the emergency room with dogs and cats to pig farms and the laboratory, investigating the parasites of pigs.

Emelie Pettersson will take part in the Soapbox Science event in Uppsala on 25 May. She will talk about “Must improved pig welfare lead to more parasites?”

My topic for Soapbox Science 2019

My topic will be the parasites of pigs. I will first give the audience a little brief introduction to the life of the pig parasites and talk about how advanced some of them are in the way they live of their hosts. Secondly, I will talk about the way we keep Swedish pigs and how that may influence their parasites. Sweden has stringent animal welfare laws and aim to allow pigs to live in as natural housing conditions as possible, especially when compared to many other countries. Unfortunately, parasites may also thrive in these more natural housing environments and what I am looking at in my PhD project is if better animal welfare also results in more parasites?

What is there to know about pig parasites?

Lots of course! Pigs are hosts to several parasites and some of the most common ones are the pig roundworm, the nodular worm and the whipworm. Some of these parasites have quite fascinating life cycles. For example, the pig roundworm called Ascaris suum. It is a large, whitish worm that resemble thick spaghetti. The adult female worm can be as long as 40 cm and it lives in the small intestine of the pig. Pigs become infected when they ingest parasite eggs, excreted in the faeces by other infected pigs, from the environment. Pigs being coprophagic (i.e. the eat faeces) run a large risk of ingesting parasite eggs if these are present in the environment. Once the eggs are ingested, they hatch in the large intestine of the pig and the little larvae that have developed inside the eggs, escape. The larvae now start to migrate through the body of the pig. Initially they penetrate through the intestinal wall to reach the bloodstream. Here they just follow the blood flow and after a day or two they end up in the liver. While trooping through the liver these larvae obviously do some damage and they will cause inflammation and small bleeds. This is damage that the body will heal, and just as with other healing wounds, small white scars will form. The scars are called “white spots” or “milk spots”, as that is what they look like. The scars do not affect the liver or the pig itself but if they are found at slaughter, the liver is considered unfit for consumption and is condemned.

A few days after passing through the liver, the migrating larvae come to the lungs where they cause similar damage – bleedings and emphysema. This can obviously affect the pig’s ability to breath and the animals may develop laboured breathing and a cough. The damage caused may also predispose to other infections by bacteria or viruses that can take advantage of an already damaged lung. The larvae will eventually continue their journey into the windpipe of the pig where they get coughed up and swallowed, and suddenly they are back in the gastrointestinal tract again. Once back in the small intestine of the pig they either will be expelled and hence cleared from the host or they will stay on and develop into adult worms. New adult worms can reproduce and produce thousands of eggs that are excreted with the pig faeces into the environment. If the conditions in the environment are right and its warm and humid enough, these eggs will embryonate, which means they become infective and are then ready to infect new pigs that accidently eat them. A very elaborate life cycle for a simple parasite! Once in the small intestine these large adult worms may impact the pig’s ability to utilise their feed, to grow and to thrive. Parasite infections may hence influence both the welfare of the pig as well as productivity for the pig farmer. Many of the other gastrointestinal parasites of pigs may also influence their growth but in general pigs do not develop severe clinical illness from these parasites.

Parasite eggs that are shed from infected pigs survive well in the environment if the conditions are right. Eggs from the pig roundworm can survive for more than 15 years in the environment! The eggs are thick walled and resistant to most cleaning agents and disinfectants. This is also true for other parasite eggs from pigs and it is hence difficult to get rid of parasites from a stable. 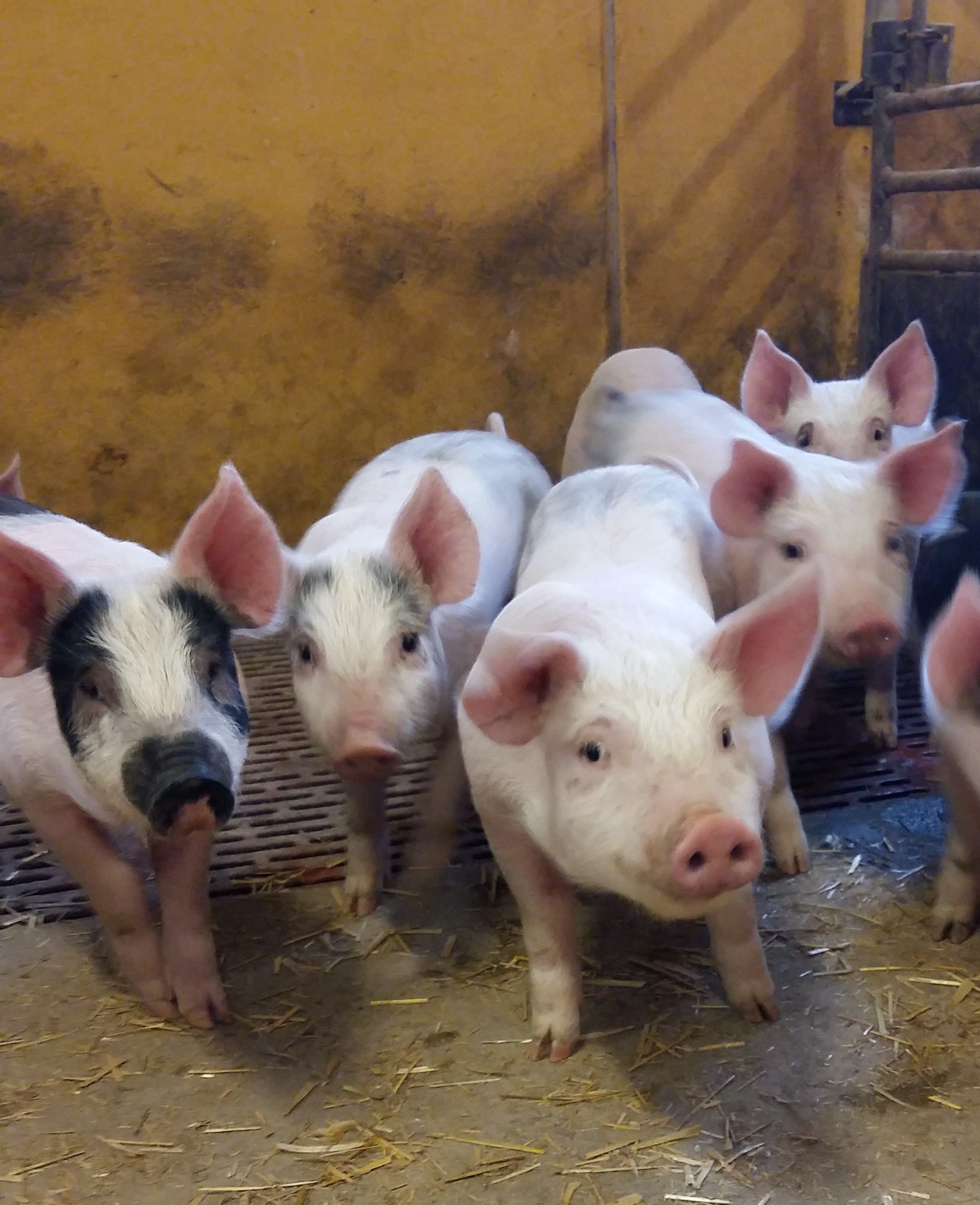 What is different with Swedish housing conditions for pigs?

Sweden is thankfully a country with stringent animal welfare laws that were implemented in the 1980’s. For example, pigs are always to be kept loose. In many other countries, even in some of our Nordic neighbours, sows are fixated during large parts of their lives. Loose housing increases the likelihood of faecal contact which in turn could increase the chance of becoming infected with parasites. In Sweden a maximum of 30 % of the pen floor can be slatted, and farmers must provide some sort of bedding material for the pigs. Since parasite eggs survive well when it is warm (but not too warm) and humid, solid floors and bedding material can provide a much better environment for egg survival compared to bare slatted floors. It has been hypothesized that these examples of more natural housing conditions may increase the parasite load in a pig stable. The national parasite status of pigs in Sweden has not been investigated since the more stringent animal welfare laws were implemented and one thing I am investigating in my PhD project is if good animal welfare also means more parasites? Do Swedish pigs have more parasites now compared to when sows were fixated or when larger parts (if not all) of the floor was slatted?

What about drugs used to kill parasites?

Since the parasites are difficult to get rid of by cleaning and they usually do not cause severe disease in pigs, the aim is not to eradicate them from a pig herd. Instead the aim is to keep them at a low level where they do not really do any harm to the pigs and where productivity is not affected. Good hygiene is essential to achieve this. Also, the use of anthelmintic drugs or “de-wormers” are used frequently. De-worming drugs are often used routinely without farmers knowing if they need to use them or not, since the parasite status of a herd very rarely is known. Overuse of drugs, that may not be necessary in the first place, may favour the development of drug resistance. Parasites of other species such as horses and sheep have developed resistance to anthelmintic drugs, and it is known that pig parasites in other countries have done the same. So, another thing I am investigating in this project is if Swedish pig parasites also are becoming resistant to antiparasitic drugs.

As a little side note:

The pig roundworm, Ascaris suum, is very closely related (there is even discussion that it may even be the same parasite) to the roundworm that infect humans (Ascaris lumbricoides). The human roundworm is included in the so-called soil-transmitted helminthiasis. This is a group of four different gastrointestinal worms that infect up to 1.4 billion people around the globe and is considered a neglected tropical disease, causing large suffering mainly in children.

See you all on the 25th of May in Uppsala!

I am very grateful I have been selected to speak at the soapbox science in Uppsala this year. I think the idea of promoting and highlighting women in science is fantastic and I hope that the audience in Uppsala will find my talk interesting on the 25th of May.