You have the right to be where you are. Don’t apologize: Meet Emilia Jarochowska 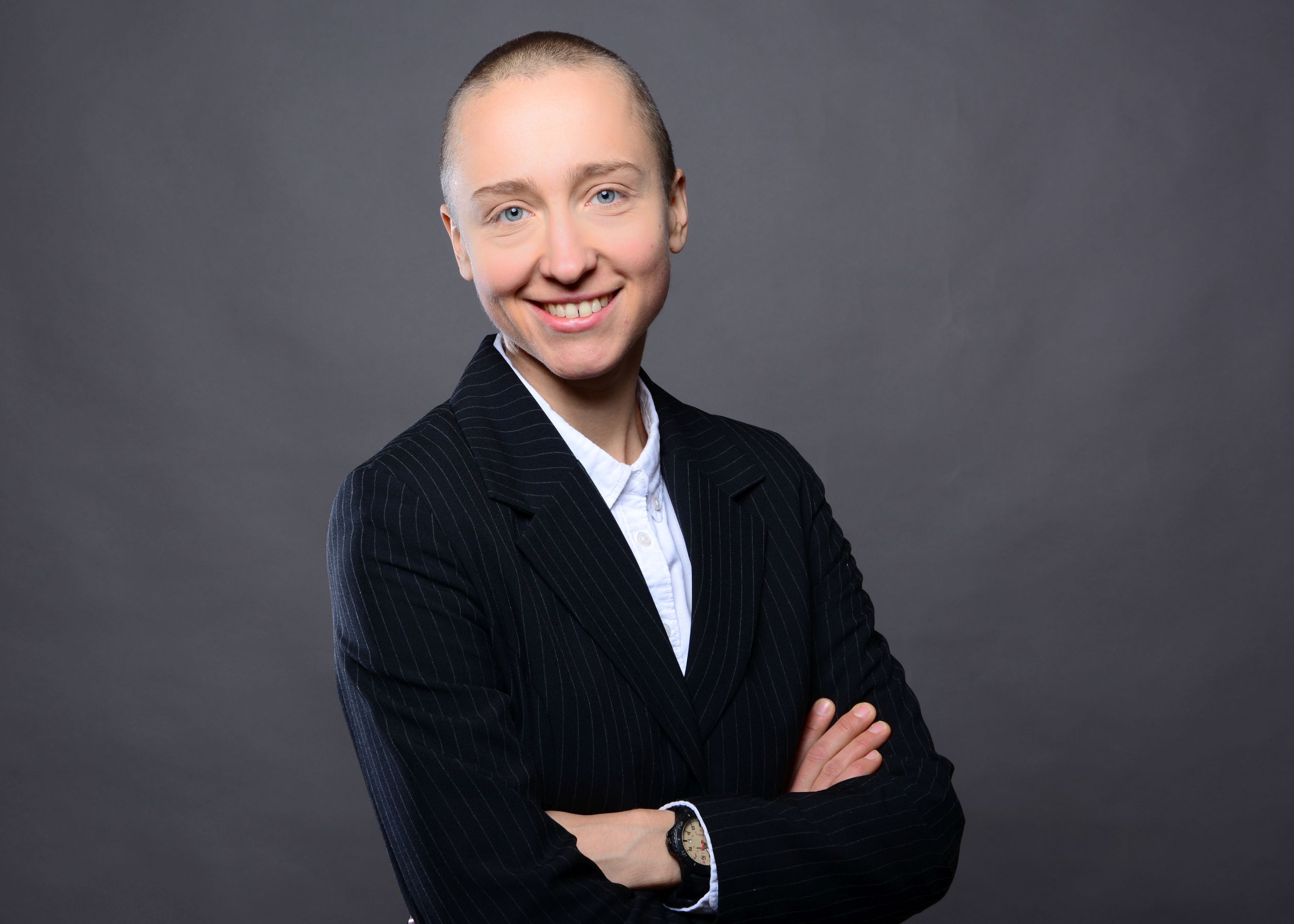 Dr. Emilia Jarochowska: It may sound improbable, but I clearly remember the day when I decided to become a biologist. I was in grade four and our teacher brought a head of lettuce into the classroom and drew a simple diagram of photosynthesis on the blackboard. My mind was blown when I learned that an ordinary, boring object possessed such an extraordinary superpower that people were struggling to master. I thought biology was the most powerful science in the world, as it could use such everyday objects like lettuce to capture solar energy and turn it into food or fuel. From that day, I started reading everything I could about biology. This has never really stopped, although I had many fascinations on my way. As a fresher, I volunteered in a research lab working on understanding what makes invasive plants successful, then on improving photosynthesis in maize varieties, looking at what happens when they are still young seedlings and a cold spell comes – how does it change their metabolism and how we can keep up the production and storage of sugars in their tissues. Additionally I took courses from programs in chemistry and geology. I remember seeing a fossil ecosystem in a thin section – a slice of rock polished so thin that one can look through it under a microscope. I was amazed how much ecological information could be read from it. This made me think that biologists are only studying the tip of an iceberg that life on Earth really is. Most species that ever lived are extinct now and studying fossils can tell us how much of what we learn from living organisms is a bigger pattern and how much of it is just a temporary circumstance. This is how I became a paleobiologist – I could never commit to one question.

EJ: My newly acquired superpower is being able to make a map of crystal orientation in a biological tissue – for example in a tooth. Biominerals such as teeth enamel are composed of crystals. How these crystals are oriented can tell us a lot about the properties of the organ – how hard, robust and resistant it is. It is a very difficult thing to measure this in a biological tissue and it took years of team- and labwork to find out how to do it. Now I want to make maps of all fossil teeth to see how they changed in the course of evolution.

A scientific superhero power I would like to have is math. I admire math but am not very talented for it – the next best thing is collaborating with people who can give me a glimpse into it.

EJ: Which one isn’t!? I think the fact that I have to learn new things all the time. I do not use a fixed set of skills. Each year I have to read into a new set of methods. Two years ago, I was learning network analysis and reading into feeding ecology. Last year I had the chance to go to the synchrotron at the Swiss Light Source. I am currently collaborating with structural geologists who look at crystals to find micro-deformations recording extreme conditions; with material scientists who reconstruct how bivalve shells grow; I need to read across the board just to learn how to talk with them. This is an example par excellence that science is collaborative: I will never learn a whole new field to such an extent, but thanks to such interdisciplinary collaborations we have a chance to produce something unique.

SSM: If you are stranded on a desert island: what scientific equipment would you bring?

EJ: I am lost without a microscope. I guess I would need to develop a solar-powered one!

Being half-geologist, I would also take a hammer and a hand lens. And sample bags and vials to catalogue the findings! I think I already have a research idea…

SSM: What challenges do you encounter in science?

EJ: I am now an Assistant Professor and my time is divided between teaching, administration, and research. I find administration really hard as I have no training in it. Last year I voluntarily took a series of courses for university teachers and it has been a huge improvement, but nothing prepares a scientist to deal with German university administration. A second challenge is basically being the only woman among the faculty staff in my Institute, the only woman at my career stage (doing habilitation) in the entire Faculty of Sciences of my University, and being young. This means that senior scientists tend to patronize me or (often unconsciously) assume that I am emotional or do not have an opinion. At the same time, junior colleagues and students tend to preferentially talk to me about their problems, doubts, or even abuse they experience, even though I am not their supervisor. It is not uncommon that I have a student or colleague crying in my office. I know from my women colleagues elsewhere that they often end up performing such mentoring duties, but this is an additional workload that takes time away from research and is a big emotional burden. There are days when I find it hard to focus on research when I learn of the – sometimes very severe – problems my students and colleagues are facing on their way to science.

EJ: I usually find it hard to stop talking about my science! And I am excited about all initiatives supporting young scientists, and particularly women, in connecting with the public. I hope there will be a lot of young people who will think “hey, I could be good at this too!”

SSM: Do you have a few words to inspire other female scientists?

EJ: Please don’t talk yourself down! Many of my women colleagues keep apologizing for asking questions, for sending an email, for not knowing something. I have the feeling they learn to signal lack of confidence because otherwise they would be perceived as threatening or bossy. I would like to tell them: you have the right to be where you are. Don’t apologize.

EJ: I really don’t like this question. Women ARE attracted to STEM fields. They are attracted to the questions science asks. But they are taught from an early age that they are unusual in science, that it’s not a natural role for them to be a scientific leader. And even when they try to establish themselves as scientists, they face bias – often unconscious – from their mentors, colleagues, and even their partners and family. It is a common expectation in the society that women will take up most of the duties outside the job – taking care of children or the elderly family members in addition to their academic work. This expectation is so embedded during their upbringing that many women give up their scientific careers because they feel guilty of not being good mothers, wives, or daughters. To keep women in STEM, it is necessary to de-elitize it. This includes abolishing the myth of the lone, antisocial genius who works nights and weekends, disregards social norms and sacrifices everything for science. This is NOT how science works but I think many men would like to see themselves like this and they perpetuate this stereotype. It is important to support and signal social and intercultural competence, respect for healthy working hours, family life and realistic expectations.