Don’t be held back by the stereotypical image of a ‘scientist’: Meet Danielle Solomon 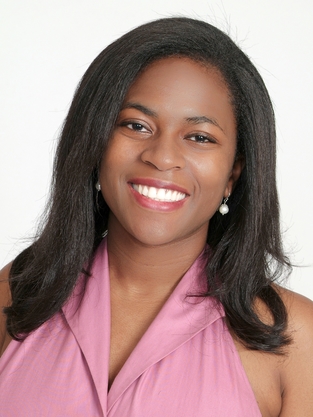 A running joke about me is that I went to medical school because ‘a lot of people told me not to’. It’s not entirely true – I’ve been fascinated by science since I can remember, and deep down I always knew that I would turn it into a career. However, the fact that it was an aspiration that went against almost every piece of advice I was given during my youth certainly helped cement the decision. My school, in particular, spent many fruitless hours trying to convince me that attempting to pursue a career in medicine would lead me down a path of rejection and disappointment. Why? Because my skills very clearly lay in the arts. I played more than one instrument, I loved literature and theatre, I was creative, not analytical. People like me, on the whole, didn’t end up working in the sciences.

Three science degrees later, I can confirm that the above assumption isn’t true. Throughout my career, I have had the privilege to work with a range of incredibly interesting people, all of whom have very different skillsets and interests, and all of whom contribute something different to the pursuit of scientific understanding. Nowhere has this been more apparent than in the field of public health. The World Health Organization defines public health as “the art and science of preventing disease, prolonging life and promoting health through the organized efforts of society” – and I couldn’t agree more with that definition. In order to prevent disease, we have to understand some of the most nuanced aspects of human behaviour, and that requires the bringing together of a number of disciplines; biology, chemistry, maths, sociology, politics, philosophy and history…to name a few. My day-to-day life involves sitting in front of computer analysing rows and rows of numbers (something which I love), but my background in the arts is something that helps me turn those numbers into people, and ultimately makes me better at my job.

My advice to anyone pursuing a career in the sciences is twofold. First – don’t be held back by the stereotypical image of a ‘scientist’. There is an assumption that people who work in the sciences behave in a certain way, and that they have a very specific set of (let’s face it, traditionally male) interests and skills. Science is incredibly diverse, and scientific careers present a lot of room for diversity, when given the chance. Second – don’t be held back by the fallacy of ‘natural talent’. The idea that everyone who works in the sciences showed a natural aptitude from infancy. This often excludes people from non-traditional backgrounds, who may, for both structural and personal reasons, take a bit longer to find their niche within science.

In my opinion, it’s the passion, the creativity and the curiosity that can’t be taught. The rest you can learn later.