So much for parental expectations: Meet Frances A Edwards 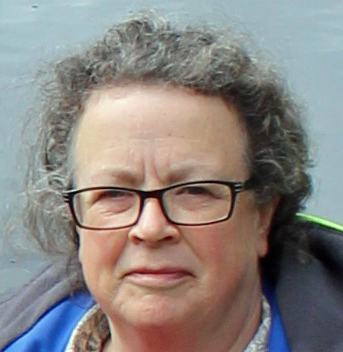 Professor Frances A Edwards, University College London, is taking part in Soapbox Science London on 25th May 2019 with the talk: “It takes two to tangle; scientists trying to understand Alzheimer’s disease”

So much for parental expectations

by Frances A Edwards

Unlike most of the women who have written blogs for this site, I was set on a career in medicine or science from a very young age. My father was a respiratory physiologist and my mother’s family of artists were also self-educated naturalists who took me bushwalking and ingrained in me a love and curiosity about nature and “life, the universe and everything!”.

Early experiences with my father included finding a possum under a tree in the local park on Christmas eve. I thought it was still breathing and ran home to my father who, despite the holiday, was working away at his desk. “Daddy, daddy come quickly”. It turned out that the possum was dead but there was a live baby possum in the pouch. Marsupials are born very early and crawl around through their mother’s fur to suckle and develop in the pouch. So we took this tiny pink fetal-like creature home and kept it warm and fed it milk with an eye dropper. Excited for Christmas at the age of about 7, I fell into bed exhausted in the evening and woke in the morning, running into my parents shouting “Where’s my possum?”.

“Well”, my father said, in his characteristically calm way, “I have good news and bad news for you. Sadly your possum died…. but look what I have for you…” and, with that he pulled out a little vanilla essence bottle full of saline and the eye dropper, previously used for feeding the possum, was now attached to the trachea leading to the dissected out lungs so we could simulate breathing by squeezing the nipple making the lungs expand and contract in the bottle.

Dad: “I’d never seen the respiratory system of a baby possum before”.

“Grrrr….” says Mum “but did you have to dissect it on the kitchen table while I was trying to make the Christmas pudding and wrap the presents?”

In retrospect it is quite funny that I went on throughout my school life assuming that I would go to university and become a scientist and thinking of this as just exactly what was expected of me. My father sadly died very early from cancer, when I was 9 years old, leaving my mother with very little money, feeling the weight of responsibility for their 4 clever little kids. Despite being very clever herself, she had not been allowed to go to university but rather had been expected to look after her father and brothers, after her mother was no longer capable of doing so, due to mental illness. So she had trained as an art teacher but gone to university and not been in the work force since she had married my father at the age of about 22.

Fortunately with us being on scholarships at private schools and university education being free in Australia at the time, this seemed a clear and natural path. As far as I was concerned Mum absolutely expected me to go to university and have an academic career. She would always say “having a career is really important; make sure you have something to fall back on”. Of course she felt this as a huge hole in her situation as, by the time Dad died, she had been out of the work-force for 15 years or so and advances in technology had moved art teaching to a very different stage. I assumed she meant that I should go to university and become a scientist. After all, in my head, that was what I was always going to do. I was fortunately not disabused of my mother’s intentions until many years after she had died, when I already had a permanent position at University College London. I had a visit, out of the blue, from my mother’s friend Marl who had 3 daughters with highly successful careers, one a professor at Kings College London.

Marl: “Isn’t it funny that you, of all your siblings, are the one with the international career in science?”

Me: “But I have only done exactly what Mum and everyone else expected me to do. Besides my siblings are very successful” (All with successful careers in Australia at that stage: my two older brothers, a doctor and a scientist and my younger sister, multi-talented in the arts.)

Marl: “What do you mean? That’s not what your mother meant you to do. She wanted you to be a nurse or a physiotherapist or something practical that you could fall back on when you had had kids; in case something happened to their father.”

She went on to explain that she and Mum used to have screaming arguments about what girls should be encouraged to do. My mother never drove and Marl told me about one time when driving across the Sydney Harbour Bridge with Mum in the passenger seat, Marl was trying to convince her that girls’ careers were just as important as boys. Mum got so cross that she told Marl to stop right there in the middle of the bridge and got out and walked off along the median strip.

So it seems that rather than doing exactly what was expected of me, I simply made up my mind from the start and it didn’t really matter what my mother said. My track was already set and, that was that. A career in science and….. in case you were wondering…. no babies…..