You have just as much right to be in the room as any scientist: Meet Fiona Scott 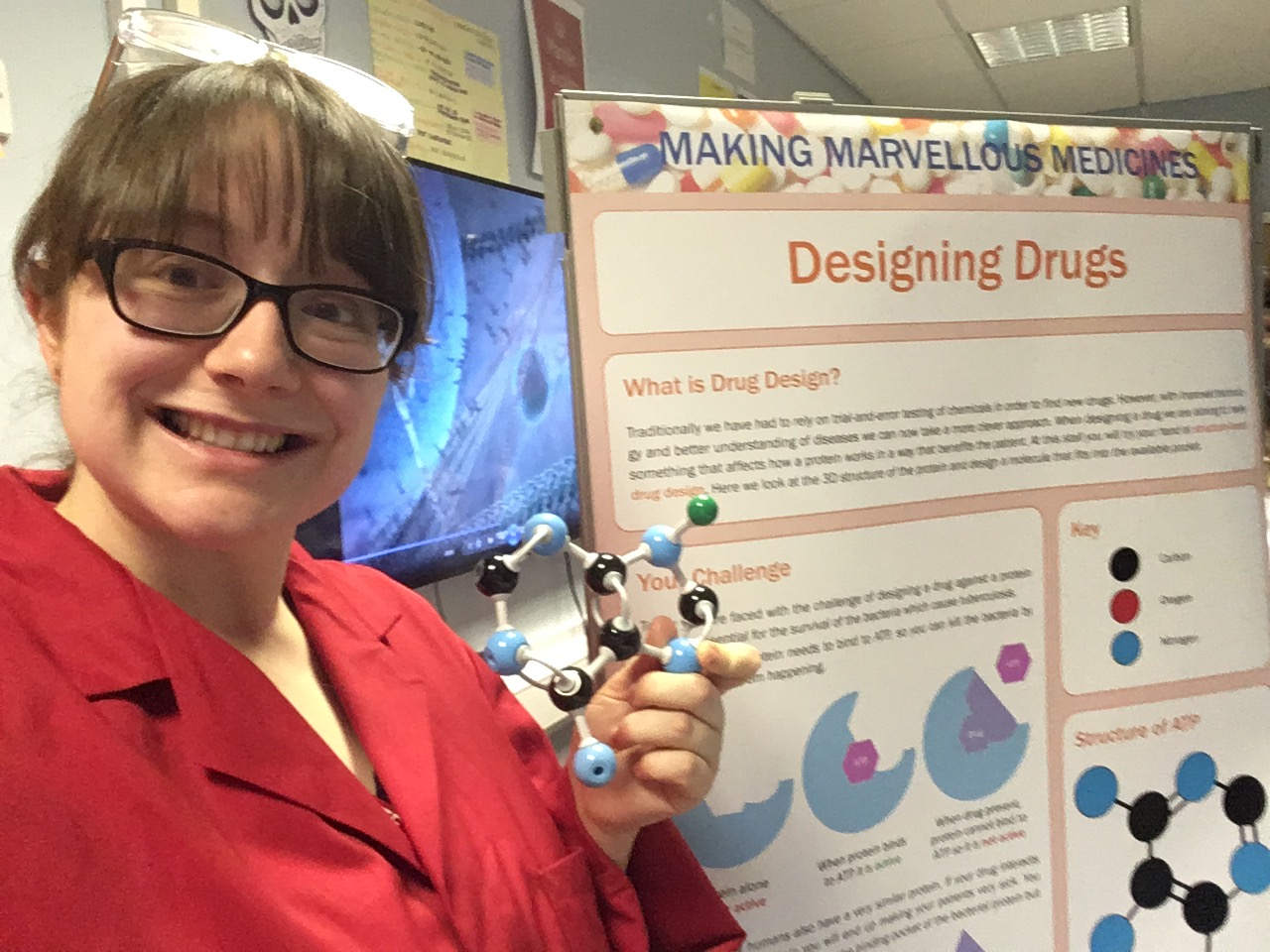 Soapbox Science: What attracted you to Soapbox Science in the first place – and what are you most looking forward to/excited about in taking part?

Fiona Scott: I have enjoyed doing various public engagement activities in the past and the novelty of sharing my science on Brighton seafront really appealed! I volunteered at last year’s event and am thrilled I am getting to share my love of medicinal chemistry and baking with the public on this unique platform.

SS: Tell us about your career pathway

FS: After secondary school, I completed a MChem Chemistry with Drug Discovery at University of Strathclyde in Glasgow. Part of this combined bachelors/masters degree included an industrial placement year with Corden Pharma Switzerland where I worked on the drug delivery system for a recent FDA-approved drug! I also did other internships during my undergraduate with Glasgow Science Centre and GlaxoSmithKline, another pharmaceutical company.

After my MChem I, rather ironically, had to delay starting a cancer-based PhD project to have treatment for a mild case of thyroid cancer, but I am now 2.5 years in remission and more than halfway through my PhD at University of Sussex in the Drug Discovery Centre.

FS: There was a mixture of factors. In my first science lesson at high school, we were introduced to Bunsen burners. I couldn’t believe we were allowed to play with fire at school!

From there, a general interest in how the world works at an ingredient level grew and I was encouraged by the careers adviser to pursue a science degree when I wasn’t sure about what I wanted to do.

FS: I’m fascinated, and at times, overwhelmed, by how complex cancer is and the progress researchers have been able to make in tackling this set of diseases so far. Taking a more targeted approach, where we take advantage of what makes cancer cells and healthy cells different, is having a relatively more successful impact on patients as we tackle individual types of cancer.

SS: Research in STEM is increasingly multi-disciplinary. Which subjects do you use in your work?

FS: I use organic chemistry mainly, which is a sub-discipline of chemistry that largely involves making molecules in a laboratory that contain a lot of carbon atoms and other elements like hydrogen, nitrogen and oxygen amongst others.

I use maths to calculate my recipes and I require an understanding of biology when I am speaking to my project collaborators who are testing my molecules in individual enzymes and cancer cells.

I also use IT when I’m writing up reports, reading papers etc. and I do a smidge of computational chemistry which involves using computer software to simulate how my drug molecules fit into enzymes. Lots of subjects!

SS: What 3 attributes do you consider important to your work (e.g. creativity, team-work, etc), and why did you pick these?

FS: I wish research wasn’t funded on a project-by-project basis. I appreciate you can’t just hand people money for indefinite periods of time, but it creates an unstable and highly competitive working environment for researchers.

It’s something like 0.5% of PhD students get a permanent academic position further down the line. There is a lot of hoop jumping when it comes to doing science, publishing your work, working long hours and I’m not sure how much longer I can personally put up with it, as is the case for many people currently or formerly in science.

SS: What would be your top recommendation to a female student considering pursuing a career in academia?

FS: Don’t let being in the minority put you down. If you work hard and know your stuff you have just as much right to be in the room as any scientist. I’ve always been one of the boys and find it immensely satisfying when I prove myself in situations when I’m the only lady in the room, be it getting a question right in a chemistry problem session or being complimented for coming up with a good idea or doing a good piece of work.

I wish I wasn’t so aware of being female in a male-dominated sector, but I am lucky to have lots of inspiring role models, both female and others, who motivate me to work hard, regardless of my gender.

The only difference being a female in chemistry should be that, if you’re pregnant, there are certain chemicals you shouldn’t work with. Everything else should be fair game.

SS: What words of encouragement would you give to children who might be interested in a career in science?

FS: Stay curious and learn as much as you can growing up. Hopefully that will help you find the flavour of science that interests you the most. Scientists aren’t expected to know everything and being clever is not the important part of being good at science. We specialise in different fields, which increasingly branch out and overlap with others, so that as a community we can learn more about how the world works and how to solve its problems.