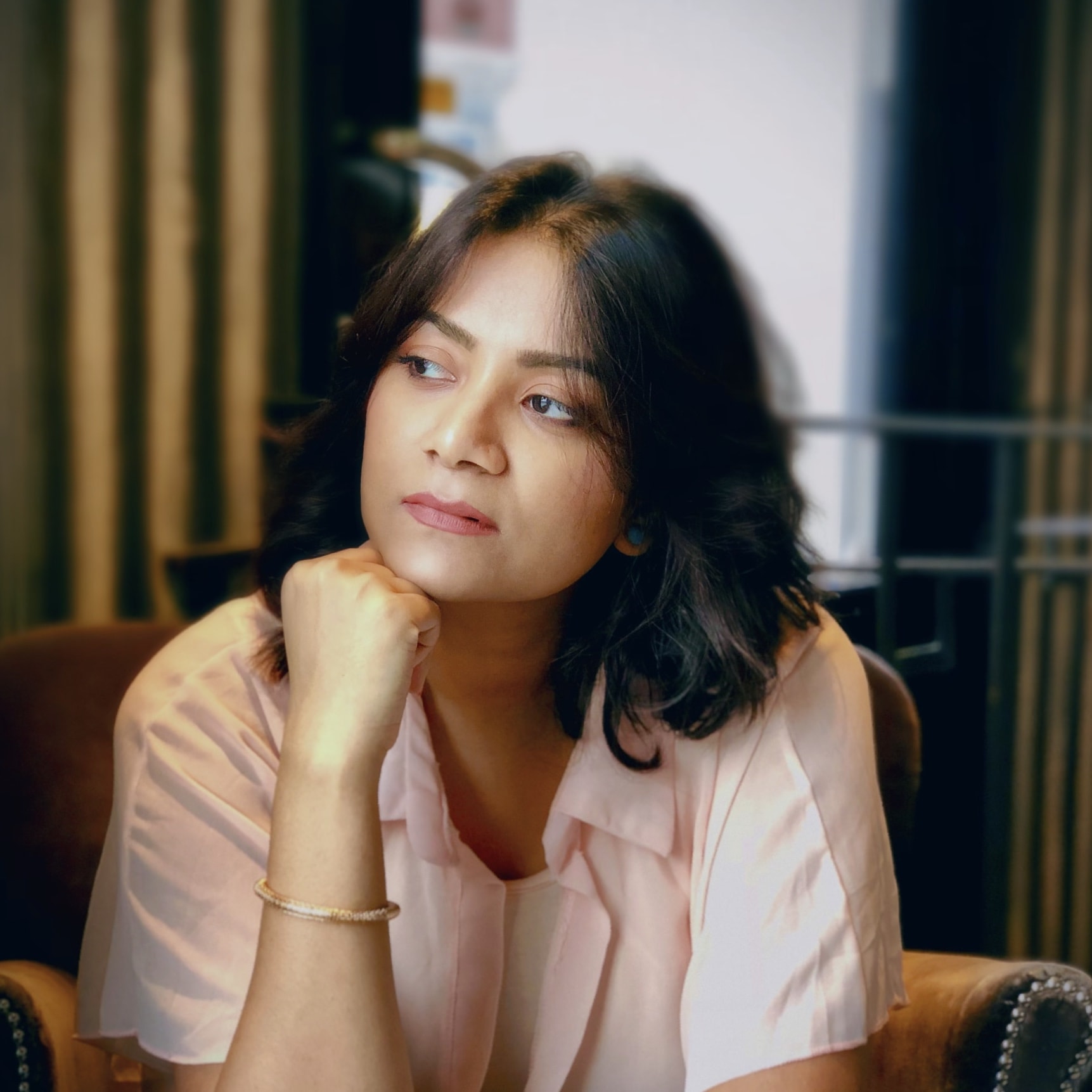 Oly Sen Sarma is a PhD student in behavioural endocrinology at the Department of Neuroscience, Uppsala University. The title of her talk at the Soapbox Science event in Uppsala on 25 May was “Buddies over solitude – Active or sedentary lifestyle?”

India is a country full of warmth and colours, where a little child was left too pale and cold about her social image of not performing excellent in mathematics or science in general. She found school to be really boring. Everything was way too strict and bound to rules which was clearly not something that she enjoyed. Also, she was forged to believe that the only way to get great respect in the society is to get ‘high grades in educational certificates’.

“But couldn’t creativity be merged with academics? Sigh!” thought the little child.

To give a brief introduction about the lead character of this story, she was bubbly, compassionate, fascinated about art and music and among all the subjects taught in school, biology and the languages were her favourites. She was the only child of her parents and was growing up to become a pride of her family but certain things were pulling her back. Let’s name her Mimi.

Not considering the exceptions, in India, male kids were (are) stereotyped as they must become career oriented and the main earning member of a family. On the other side, female kids were generally brought up in a slightly different way. They were mostly told that they are very delicate and they should have all the knowledge to run their own household and family when they grow up. But these so called ‘delicate’ parts of society take up such powerful responsibilities in real life? That was fascinating for little Mimi. However, at home her parents were a bit different with this conception. While the other female kids were not appreciated to play outdoor games, Mimi was playing cricket in her locality with all the other boys. For the society, it looked weird but her parents never stopped her. People would laugh at her so much! The fact was she was treated as a ‘son’ of the family, who was also getting trained in the household, works sometimes.

Mimi’s father, a highly qualified and reputed engineer running his own company would always get to hear “You are such a successful person and look at your daughter! She is just going to end up being nothing in her life.” Some also tried to force him to send his little daughter to a residential school, far away from the family. But he never wanted that. The poor father used to be very embarrassed but at the same time he was always smiling back at these people and never said anything. Every night, Mimi used to listen to stories from her father where she was a brave girl, living in the forest and saving all the animals from the hunters. She imagined herself riding a horse, wearing brown knee boots, black jeans topped with a checked shirt and a cowboy hat. How glittery her eyes used to be, envisioning herself to be the queen of the jungle, just like Mowgli! With all the innocence, at the end of the story she would ask her father

“Absolutely, my child! You are our life and we know, one day you will make us proud,” said her father.

”But how? Everybody bullies me so much for being a weak student,” Mimi replied. Her father used to smile as if he knew nothing could stop his child.

Mimi’s mother, a well-educated home-maker, did not always tell her stories, instead she would always describe how amazing she will feel when her daughter will sing on a huge stage with an audience of thousands cheering for her. Also, she was fascinated when her little kid used to recite poems. She said,

“I can see you giving talks in a room full of people about your work, one day”, the hopeful mother also said

“I couldn’t do it, but you will do it one day.” and those little eyes would lit up in optimism.

Mimi’s parents were never forcing her for getting ‘great scores’ in studies, they always said, whatever you study, understand that and never mug up. Whenever Mimi was compared with our her ‘bright and intelligent’ friends and cousins, her parents used to tell her

“We don’t want to you to be the best student in the class but a best human being. We are happy with whatever and however you are.” This was the best feeling for Mimi.

Socializing was a huge part of Mimi’s family and meet and greets cropped up quite often. Extended family, family friends and many acquaintances always made the gatherings fun and happening. All the kids were inspired to recite the poems, sing songs and dance which they recently learnt. Everybody clapped and appreciated all the kids! It wasn’t that fun for Mimi. She was always shy and scared to come forward as people would start asking her

“How much did you score in science this time? Did you pass?”

“Let me ask you to solve a mathematical problem first!” and every question would end with a room full of laughter. That was clear signs of bullying a child. Her parents never enjoyed these situations but they were scared of talking against the society.

“It was an easy question, Mimi. Why didn’t you answer?” her restless father asked, while going back from the gathering. Mimi used to be so angry with her parents that she just kept numb, looking outside, keeping her chin on her hand on the car’s window.

With time, various stress and the peer pressure from the society, she had to discontinue her passion for being a singer. But she had to prove to herself that low marks in the exams don’t prove that one is stupid. Her parents never failed to motivate her and that made a lot of difference with time.

“How difficult can it be to be successful in academics?” Mimi thought, and realized that the essential thing is loving what you study. Very unlike other families, Mimi’s family supported her to opt a subject which she loved and that was medicine. From then, the scenario changed completely.

This is a story of my childhood. I never imagined that I would do a PhD but I am doing it and that too from a world class institution like Uppsala University. Until now, whatever I have achieved is mainly because I was led to choose my path at the right time. Figuring out your interest is important and if your family is supportive (overlooking what society thinks) then that is the best possible thing that can ever happen to you. If people end up perusing their passion and interest then nobody can stop them.

At the end of my blog, I would like to say that this might not be a very common scenario in many culture/countries but I am sure some can relate to my experience. The purpose of writing this blog is not to disgrace my country or my culture, not to mean that everybody around me was mean, not even to brag about myself in any way. It is just to give out some messages that motivation is the ultimate breakthrough for everyone. Appreciation and sharing the concept of self-appreciation can make a lot of difference. Education is definitely the key for a better world but it must be portrayed as an open book to each and every one, so that they are able to choose their favourite chapter and contribute on that to the world in the near future.

‘’All power is within you. You can do anything and everything!’’