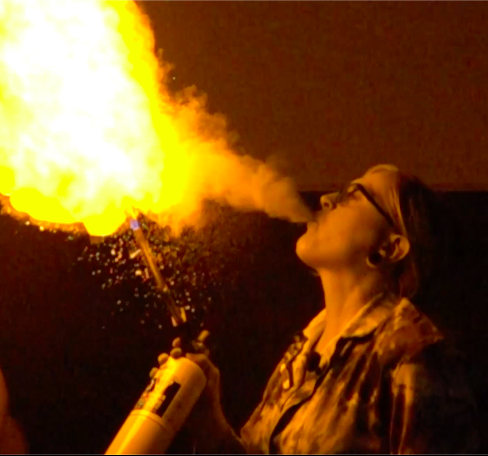 Dr. Leanne Racicot (@RacicotLeanne), a Post-Doctoral Fellow in the Department of Chemistry at the University of Waterloo/McMaster University will be taking part in Soapbox Science Waterloo on June 9th with the talk “100% Chemical-Free and 100% Fake News”

When I was around 6 years old I became completely enchanted by a story on the structure of snowflakes that aired on the weekly Science TV program I watched with my mom. I insisted to bring a tape of it to elementary school and shared it with my classmates, and was labelled a ‘nerd’ since then.

I am an organic chemist, and although my field is the chemistry of life, it is full of jargon which intimidates people from studying it. I feel like the ‘pitch’ for my topic of research is completely unappealing unless you work in the field!  I am trying to apply my knowledge of hypervalent iodine – a weird form of iodine that can have more than the usual 8 electrons in its outer shell – to develop new ways to make radiopharmaceuticals. When I told my mom I would start to work with radioactivity she was really concerned because she pictured the Chernobyl incident. But the quantities I use are very small, and my exposure is monitored and regulated by the federal government! Did you know that bananas are slightly radioactive due to their potassium content? My exposure when working with radioactivity is lower than flying across the Atlantic Ocean or getting a dental x-ray!

There are way too many stories to tell! I have worked in research laboratories since I was 17 years old and I never lost my impish nature. In graduate school, the boss was a little strapped for money, so my colleagues and I had to harvest sand at the beach to use as a filtration media. Thankfully, that was at the University of British Columbia and the campus had one of the nicest beaches of Vancouver, the famous Wreck Beach! Our department also had a tradition of preparing skits before Christmas and I produced a chemistry-themed parody of ‘Friends’ (called ‘Labmates’) one year.

I was encouraged by fellow presenter Monika Snowdon. I have done outreach in various settings for a number of years now, and I look forward to presenting outside. I like the fact that Soapbox Science tries to attract people who didn’t expect to learn about science that day! While I love participating in ‘Science Open House’ at the University of Waterloo, the crowd already has a positive view of learning and science. I think often of the fact women and girls stop believing in their intellectual abilities at a young age and may not seek scientific activities. I look forward to changing that!

As scientists we need to get better at speaking to the general public. It’s easy to discredit climate change deniers and anti-vaccination activists, but these movements come from misinformation and fear. That’s why I chose to talk about the broader impact of chemistry rather than my specific research. I see often on social media attempts to market ‘chemical-free’ foods, cosmetics and cleaning agents. But aside from chemicals, what are we going to use? You may call it vinegar; I call it dilute acetic acid. Atoms, molecules, chemicals are the building blocks of everything we interact with! I hope to show visitors they perform chemical transformations every day without their knowledge.

I really think that knowledge is the antidote to fear! I am a very curious person, whenever someone presents me with a fact, I usually wonder why it is that way and I try to do my own independent research to make my own opinions. Realistically I think having a PhD in Science is not necessarily knowing everything about your field, it’s more like holding a black belt in GoogleFu. I am now able to find good information faster because I know where to look.

Know your worth. Impostor syndrome runs rampant in highly educated women. If you got to where you are now, there is a reason! Also finding female friends who are scientists is a fantastic way to be inspired and seek mentorship from your peers. Much of my recent career opportunities came from my network of women scientists.

Coffee comes first, because alkaloids (the chemical family that includes caffeine) are my friends. I spend most of my days in my synthetic chemistry laboratory where I assemble apparatus to cook up the recipe of the day! 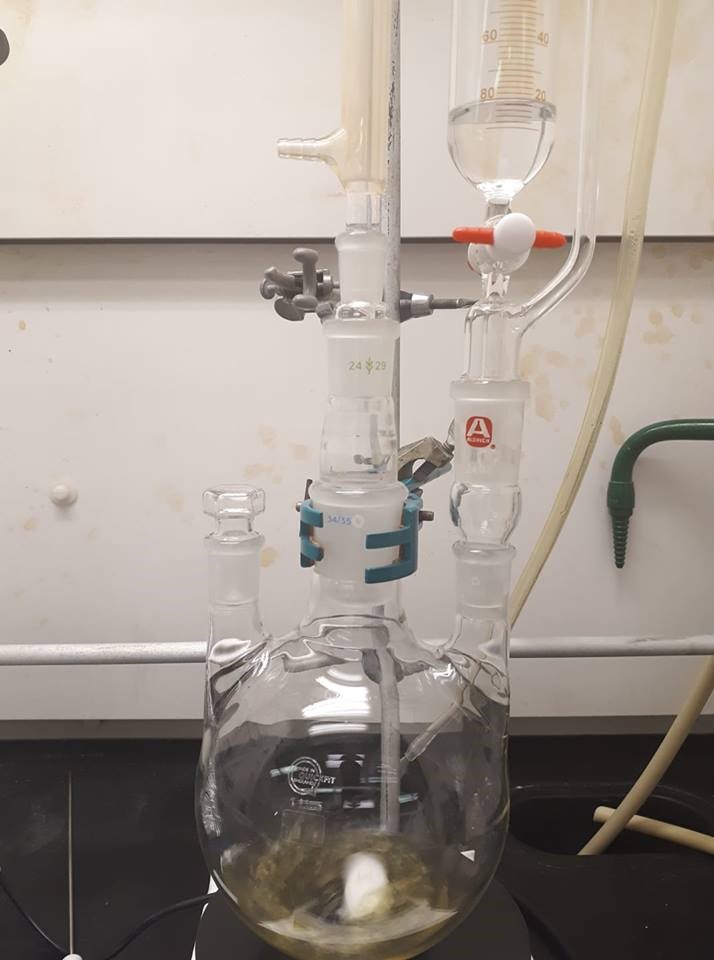 “I heard you liked adaptors, so we put adaptors on your adaptors”

I hope everyone can keep their childlike curiosity! Ask questions, read about the wonders of the universe. Social media has been a catalyst for misinformation and there is a growing divide between us because algorithms create echo chambers. As Nietzsche said: “Convictions are more dangerous enemies of truth than lies.” Stay skeptical!