We need to get rid of the word ‘old’; it tells us nothing: Meet Angela Kydd 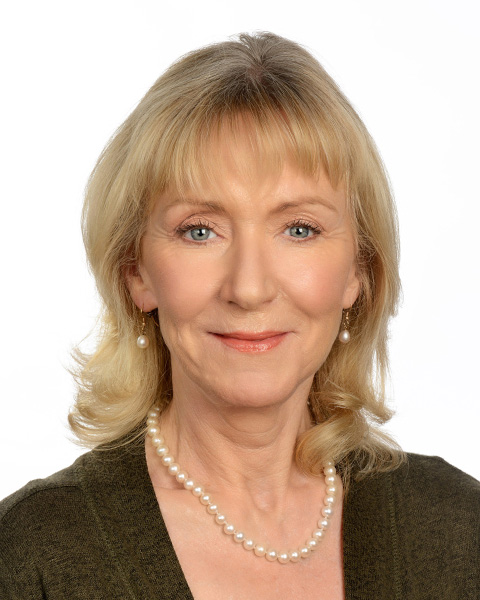 Prof Angela Kydd (@angelabkydd), School of Nursing and Midwifery, Robert Gordon and NHS Grampian, took part in Soapbox Science Aberdeen on 25th May 2019, with the talk: “We Need To Get Rid Of The Word ‘Old’; It Tells Us Nothing”

I worked as a nurse for 15 years and became very interested in the health and well being of people in their 80s and 90s and over. I then studied for a masters and in 2006 a phd. I researched the lives of people in a hospital bed – known as ‘bed blockers’ or ‘delayed discharges’. These people knew they could not return home because they had suffered an adverse injury or illness and they had no idea of which care home they would be moved to. Their enduring worry was – what will happen to all the things I have collected and loved over the years? Will the care home be near enough for my relatives to visit? And – will the staff like me? At the ages of 60, 70, 80, 90 and a 100 all these people had was a suitcase of clothes and an awful lot of anxiety and despair. I called my thesis ‘Living in Limbo: Delayed discharge from a person and policy perspective. From there I continued teaching, researching and supervising students – and at the age of 62 I became a clinical professor in nursing at Robert Gordon University and NHS Grampian.

I saw that in studying aspects of ageing and good care, it was possible to make a huge difference to people’s lives. My research has always taken a pragmatic approach, if an issue has been identified, then there has to be a solution – and probably one that has been addressed.

People, especially people living in nursing homes. Their wit, resilience and stoicism has inspired me to carry out research on nursing older people as a specialised form of care.

I love the novelty of the idea. Standing on a soapbox talking about topics dear to your heart to the general public. It is such an innovative way of showing that research does not take place in an ivory tower. Research ideas are generated by the identification of scientific and social issues. It is good to have feedback on your ideas from people in the street. Most importantly though – it is great fun.

SS: Sum up your experience of the day?

Nerve wracking initially but great fun, I want to recommend this to my female colleagues.

Well – my soapbox talk was on getting rid of the terms ‘elderly’ and ‘older people’.  These are poorly defined words. Everyone thinks they know who ‘older people’ are and this is usually from the age of 60. But ‘older people’ is a term individuals use (regardless of their age), when speaking of someone 10 to 20 years older than themselves. This self-distancing from being seen as an ‘older person’ is normal, because ‘old age’ is associated with dependency, illness and death and a dependent old age is to be avoided at all costs.

We see the creation of new titles – such as the ‘young old’ but this creates an ‘old old’ group. We have also seen the creation of the ‘third age’ and this in turn creates a group of the ‘fourth age’.  These new labels mean that those who have turned 60 can be seen in a positive way BUT these ‘yound old’ or ‘third agers’ will do all they can to keep from being seen as the old-old’ or ‘fourth agers’. The efforts made can actually be harmful to a person who may refuse a walking stick or hearing aid for fear of looking old.

I therefore ask – What is so wrong with using age groups? We are happy enough to do this in the first 60 years of life. Yet for the last 60 years of our life we just become ‘older people’. Using age groups in ten year periods , such as sexagenarians (60-69), septuagenarians (70-79) will serve to make the term ‘older people’ redundant and provide much needed consensus and clarity to education, research and policy.

Let me give you an idea of how this works for my nephew Jamie. Jamie was born in 1995. He was a baby for a  two year period, a toddler for three, a child for 9  and a teenager for 7. For 30 years he will be classed as a young man, before becoming middle-aged at 50. BUT, when he turns 60, current trends remaining, he becomes an ‘older person’ and keeps this label for the rest of his life regardless of how long he lives

Why is there a general reluctance to accept age cohort classifications? I am a sexagenarian, that is – I am in my 60s. I will become a septuagenarian in my 70s, an octogenarian in my eighties  and hopefully a nonagenarian (90s) and centenarian at the age of 100.

Globally the world is ageing. The fact that people are living longer is a celebration, an indication of a healthy population. Governments and policy makers need to know the demographics of their populations in order they can provide the right amount of services such as nurseries, schools, retirement homes and nursing homes.

Three current accepted criteria of biological ageing are that it is universal (it happens to everyone who lives long enough), it is unique to each individual and is deleterious (it gets progressively worse).

The biological age of a population is important to consider as age groups have to be catered for. In the Western world we know that the fastest growing demographic are people aged 80 and over. Ageing is not a disease but at 80, people are more likely to have one or more chronic illness and are more likely to take four or more medications. If these likelihoods are acknowledged then it is easier for people to accept help and also easier for service designers to provide activities that enable people to engage and to enjoy life – at whatever age they are.

So why do we have such difficulty with age classifications? We should simply refer to all individuals as ‘people’, but should not be afraid to talk about age, if age is relevant to the discussion.

Many sexagenarians and centenarians are independent. But does the fear of being seen as being ‘old’ prevent people from seeking help that would enhance their quality of life?

So my message is – the older you are the fitter you’ve been. Be proud of your biological age and accept the aids and services that you will probably need as the numbers of your birthdays increase. Age is a number, it is a fact and it defines you. But old age is a concept and one with too many vague and negative connotations. So I leave you with this question – do we need the term ‘older people’ at all?

Follow your interests and gut reactions and the rest will fall into place.