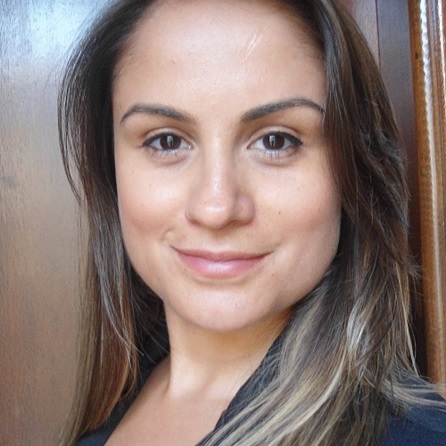 Make your dreams reality though passion and perseverance

My name is Alyne Teixeira. I am currently doing my PhD in Biomedical Engineering at Dalhousie University. I work in Dr. Frampton’s lab https://www.framptonlab.com/ researching biomaterials that can be used for screening vaccine formulations.

I started my career with a degree in Pharmacy, and after graduating I had the opportunity to work in the pharmaceutical industry conducting many research projects to develop new drug formulations. Then, after a few years working as an industry scientist, I decided to return to university to study a masters in Biosciences and Technology of Bioactive Products in the University of Campinas, Brazil https://www.unicamp.br/unicamp/english as I was sure about my passion for science. After I graduated, I worked again in the pharmaceutical industry for a few years until I decided to come to Canada to study English in 2015 and I loved it! Then I made the decision to live in Halifax. However, for this to become a reality, I needed to explore career options in Canada, and at that moment I started to apply for a PhD at Dalhousie. In September 2016, I began my doctoral training in Biomedical Engineering. Since then, I have been working with polymers especially designed for screening vaccine formulations. In the future, this research project will give me the opportunity to explore careers in research at the crossroads of vaccine development, material science, and immunology.

Overall, the main goal of my PhD is to identify potential vaccine formulations using a pre-clinical platform composed of polymers where I culture immune cells. The advantage of culturing immune cells in this system is that it requires a very small amount of cells and reagents, helping to lower the cost and timeframe associated with vaccine development. The polymers that I use are called Aqueous Two-Phase System (ATPS), and they received this name because like oil and water, they form two phases. Having a system completely composed of aqueous phases is more beneficial for culturing cells than oil-based platforms. In addition, confining cells and reagents in one of the aqueous phases, increases the efficiency and sensitivity of biochemical reactions. We call this method a polymer solution microreactor. As a result, it requires considerably smaller amounts of both cells and drugs for screening. To identify potential vaccine formulations, I culture immune cells with compounds called antigen and adjuvant. Antigen is the component that triggers the immune response and adjuvant is the substance that increases the immune response. So, a long-lasting and effective vaccine is composed of both components. Preliminary studies that I have already performed in lab showed that the ATPS polymers are not toxic to the cells and increase the sensitivity of a widely used technique for screening vaccine formulations.

I always had interest in science, since I was very young, but I was not sure what career to pursue at a young age. My options ranged from computer science to kinesiology, until I realized that a combination of biology and chemistry would be a good fit, and I decided to study Pharmacy. During my Pharmacy degree, my love for science grew, and I considered pursing an academic career. However, I was told that an industry career could be very promising and more financially rewarding than working in academia. So, I focused my career choices on the pharmaceutical industry for many years. However, l was not satisfied in industry, and luckily, I had the opportunity to return to university and go after what I really wanted to do. My experience in academia has opened my mind to new possibilities. For example, I realized that I don’t necessarily have to become a professor after a PhD degree, and that many other opportunities are available to me! I also now have a passion for science communication, and I will do my best to share my passion for research with you at Soapbox Science Halifax, 2019.

Now, I am in my third year of my PhD and I learned that science can be fascinating and frustrating at the same time. As scientists, we have to realize that our world is not very predictable, and things in a lab can go crazy or confused sometimes. We have to deal with the frustration to run an experiment that works the first time, but fails the second time, then we have to spend weeks or months to make it work again. A career in science is mostly determined by dedication and hard-work. Identifying our passions and following through on our commitments are crucial factors to succeed. So, we don’t have to be a genius to be a great scientist, we have to pursue our careers with passion and perseverance. This includes how well we deal with frustration that make us think to give up sometimes. I also learned that rarely science runs a straight predictable journey. Coping with obstacles and re-motivating ourselves is part of being scientists.

As I said, I am very passionate about research and science communication, and as a female scientist I can use my experience to inspire other girls to follow their dream to purse a scientific career. Girls are not encouraged to become researchers in the fields of Science, Technology, Engineering, and Mathematics (STEM), which remains predominantly male. I want to show them that they can be as good as boys in science. Even when we have other obstacles to face, such as culture and language, it is still possible to have the same opportunities as men to pursue and succeed in a STEM career. I think that Soapbox Science is an excellent platform for promoting women in science and may help to build a more equal future for girls and boys in STEM. Also, this event is a great opportunity to discuss science with the general public, translating research terms in a plain language that everyone can understand.

To sum up, I would say that if you are a woman and you want to pursue a career in science, do not let your gender, nationality, language, age, or family status dictate what you have to do for the rest of your life. You may miss the opportunity to find your passion in something that really fulfills your expectations. I am an example of a woman who can change their career, move from their country, learn a new language, and excel at science. However, nothing comes easy; science demands hard work and continual skill-building. Also, surround yourself with positive people that support you and your projects, and always believe in yourself!