There is always something new to learn: Meet Maria Kahlert 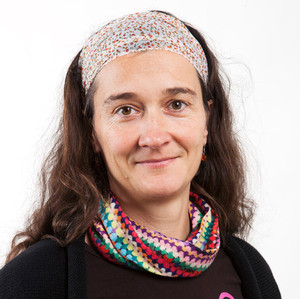 Maria Kahlert is an Associate Professor in biology with specialisation in ecology. Her research focuses on freshwater benthic algae; their biodiversity, how they are regulated by environmental factors, and how they can be used as biomonitors in lakes and streams. Maria Kahlert will take part in the Soapbox Science event in Uppsala on 25 May. She will talk about “Diatoms – microscopic small algae showing water quality and more”.

I was called up and offered my current position by a colleague who met me in a joint project, where I probably did a good job.

Mainly, nature inspired me first: especially all water fauna. Raising frogs was an annual task. Then, Bernhard Grzimek, his books and documentaries and presence in TV was a great inspiration, especially actually his “Grzimeks Tierleben. Enzyklopädie des Tierreichs”.

There is always something new to learn and understand. And it is not ending. And it is quite free: You can choose (more or less) what you want to focus on!

I think we scientists communicate too little with the people who actually pay our work. They have a right to ask questions, and to understand, but have very seldom a low-threshold possibility for it.

The “third task”, i.e. communication of science to the public, should receive more funding and more impact when a researcher’s work is judged, and when grants and money are distributed. Right now, all focus is on scientific publications, excellence and high impact factors, but usually the “excellent” researchers have no time for the details, like both scientific details in the everyday work, and details about direct communication with the public. There is a need for us “everyday researchers”, but it is not easy to get paid for this.