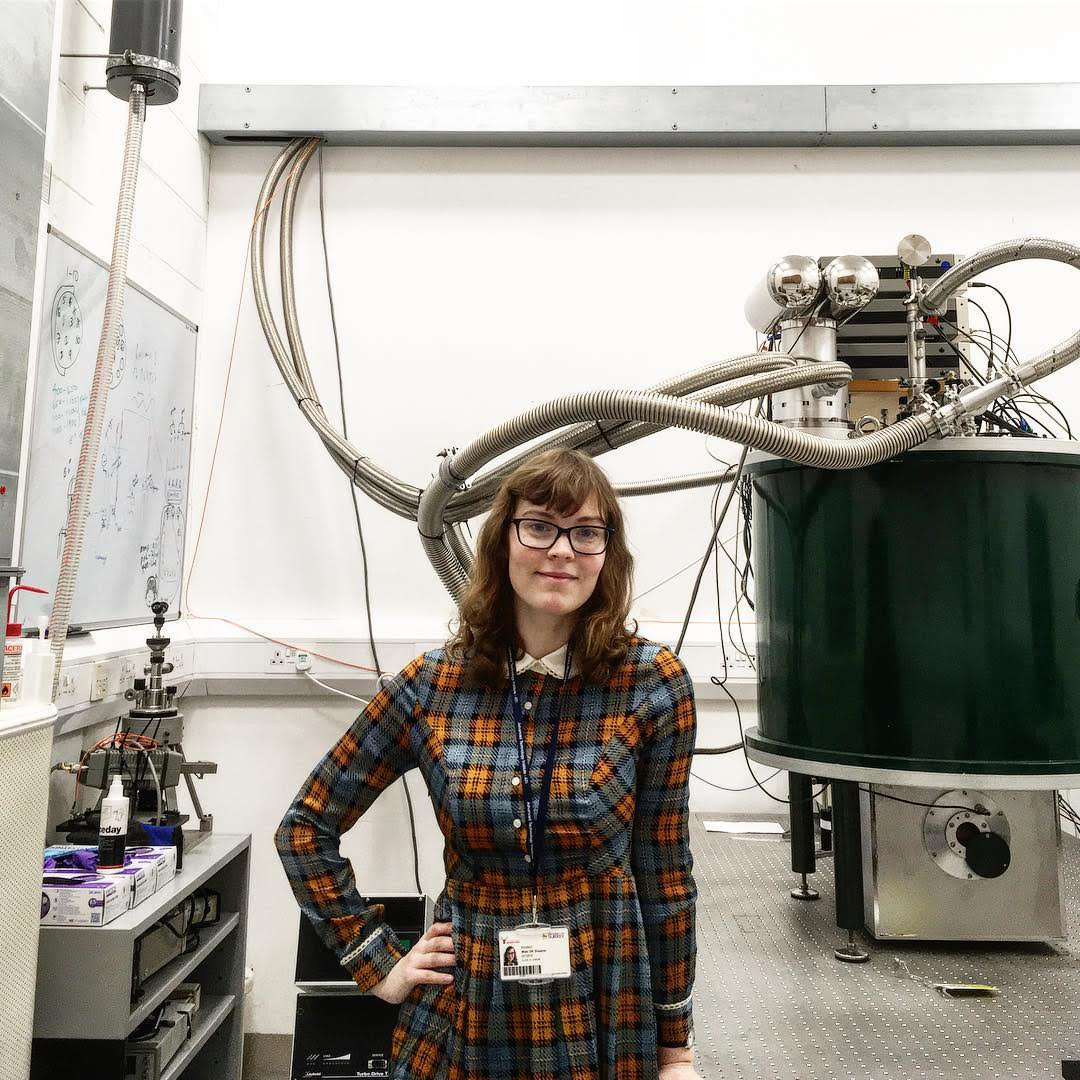 In the spintronics lab with our superconducting magnet ‘Emily’

Daisy Shearer is an experimental quantum physicist and first year PhD student at the University of Surrey’s Advanced Technology Institute. Her PhD project focuses on spintronics in the semiconductor InSb for initialization of electron spin quantum bits. With a background in designing semiconductor lasers she wants to shed light on the applications of quantum physics that we take for granted in everyday life.

She will be taking part in Soapbox Science Reading on the 8th June with the talk: “From lasers to quantum computing: how quantum technologies impact our lives”

Q: NAME, how did you get to your current position?

After I graduated from the MPhys course at Surrey in July 2018 I decided to apply for several quantum computing based PhD programs. My research placement in a telecommunications company, designing and testing semiconductor lasers, had given me a passion for research, particularly in exploiting the quantum mechanical properties of semiconductors for quantum technologies. In the end I decided to stay put at the University of Surrey as the project I was offered in the photonics and quantum sciences group had the most flexibility and was the most interesting to me! 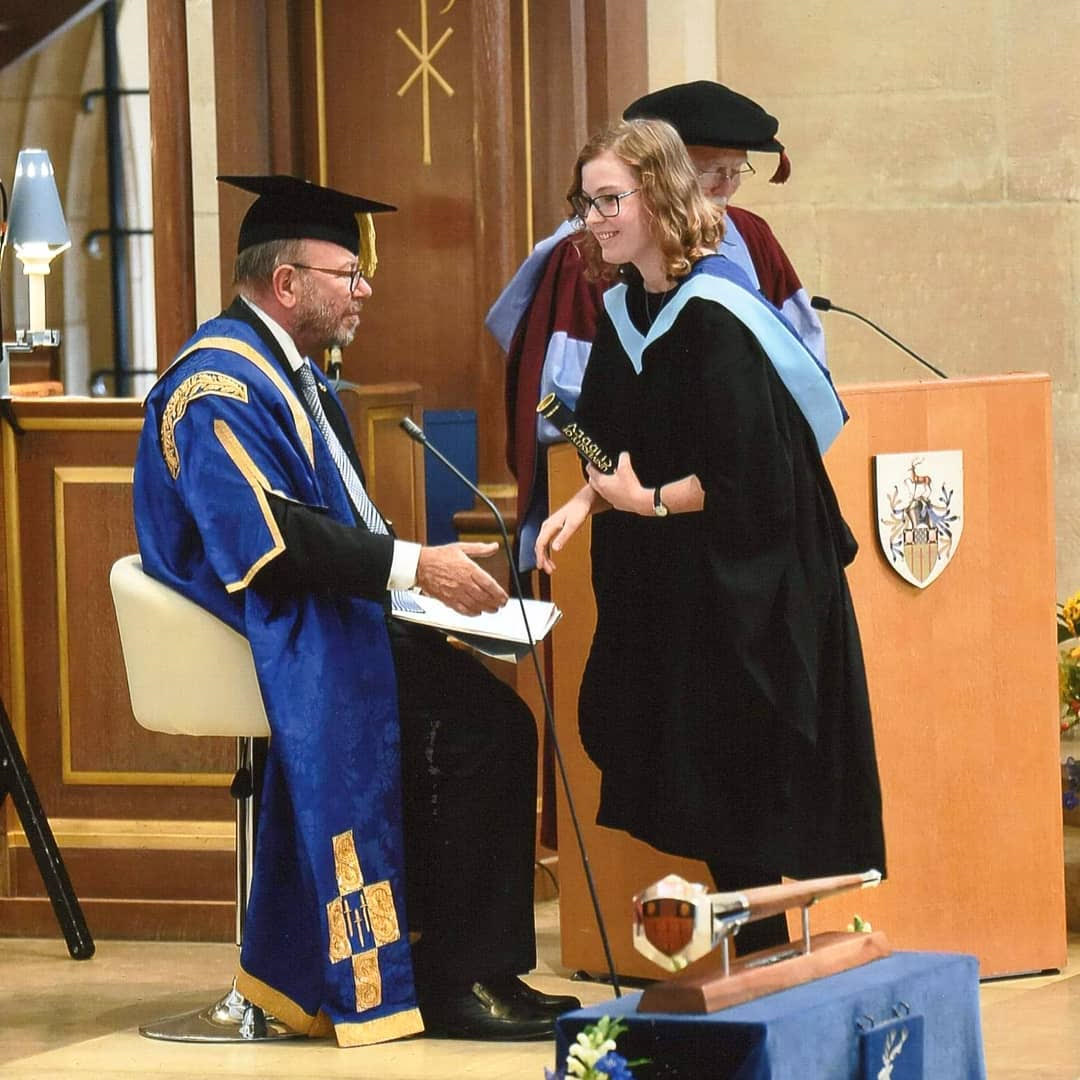 Graduating with an MPhys last July

I’ve always had that inherent curiosity about the world around me, which I think drew me to physics. It’s the most fundamental of the sciences and I love exploring the workings of the universe in depth. Both my parents are vets and my dad has a PhD so I always knew that science was an option for me. Once I decided to do a degree in physics I discovered I was a good experimental physicist and the subjects that engaged me the most were optics, photonics, quantum and condensed matter physics. The research that some of my lecturers showed us during my undergraduate courses really made me think seriously about becoming a researcher.

The potential! Quantum technologies and especially spintronics is still a very new field so I get very excited by the prospect of there still being so much to be discovered. I do a lot of nanofabrication and even in the time I’ve been at university the techniques have improved so much we can now manipulate single atoms. I also enjoy the fact that I get to do a really nice mixture of things in my day to day research– from fabrication in the clean room and using a focused ion beam, imaging using scanning electron microscopy, carrying out experiments using amazing equipment like a superconducting magnet and lasers, simulating the quantum transport properties of my devices, to keeping up to date with the latest research. 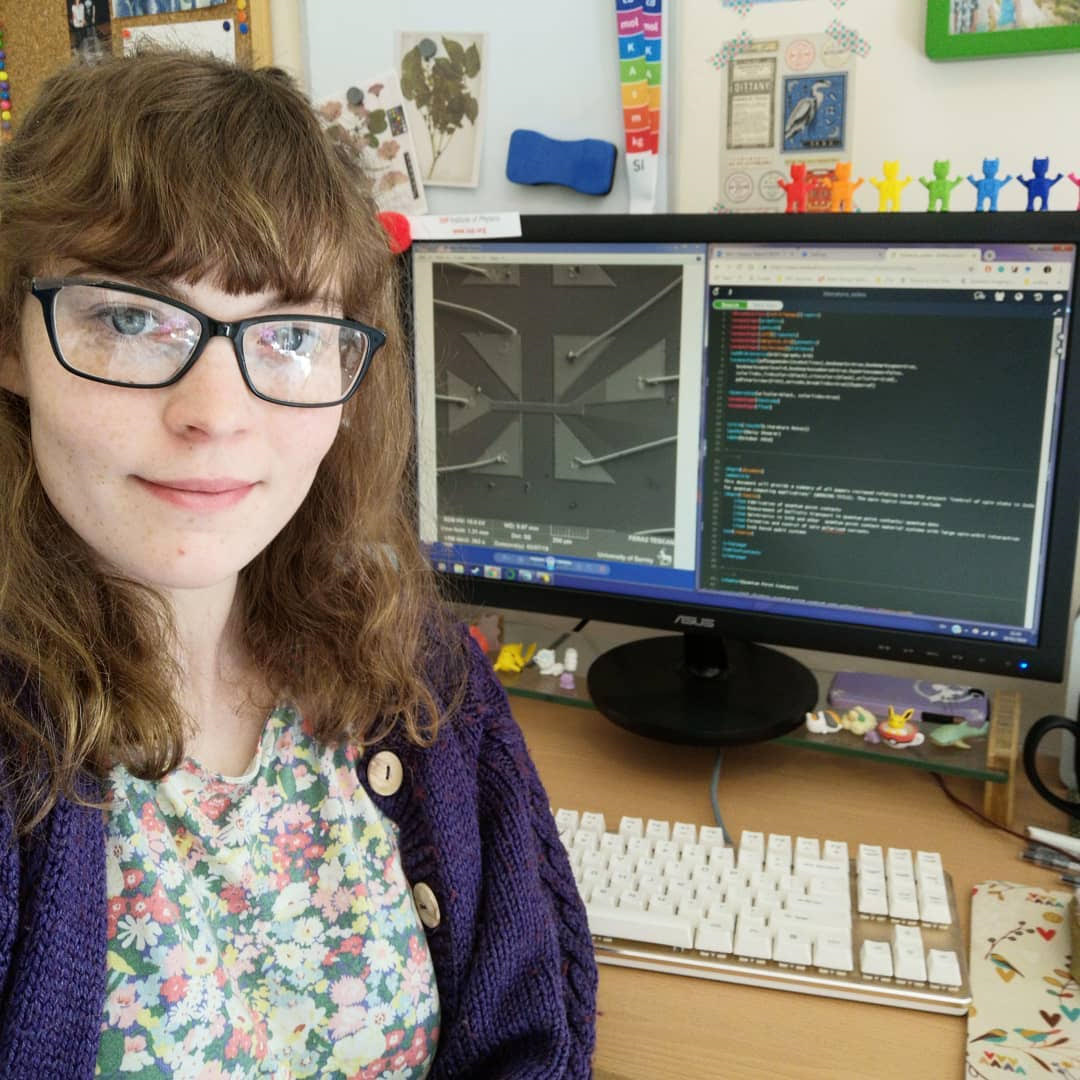 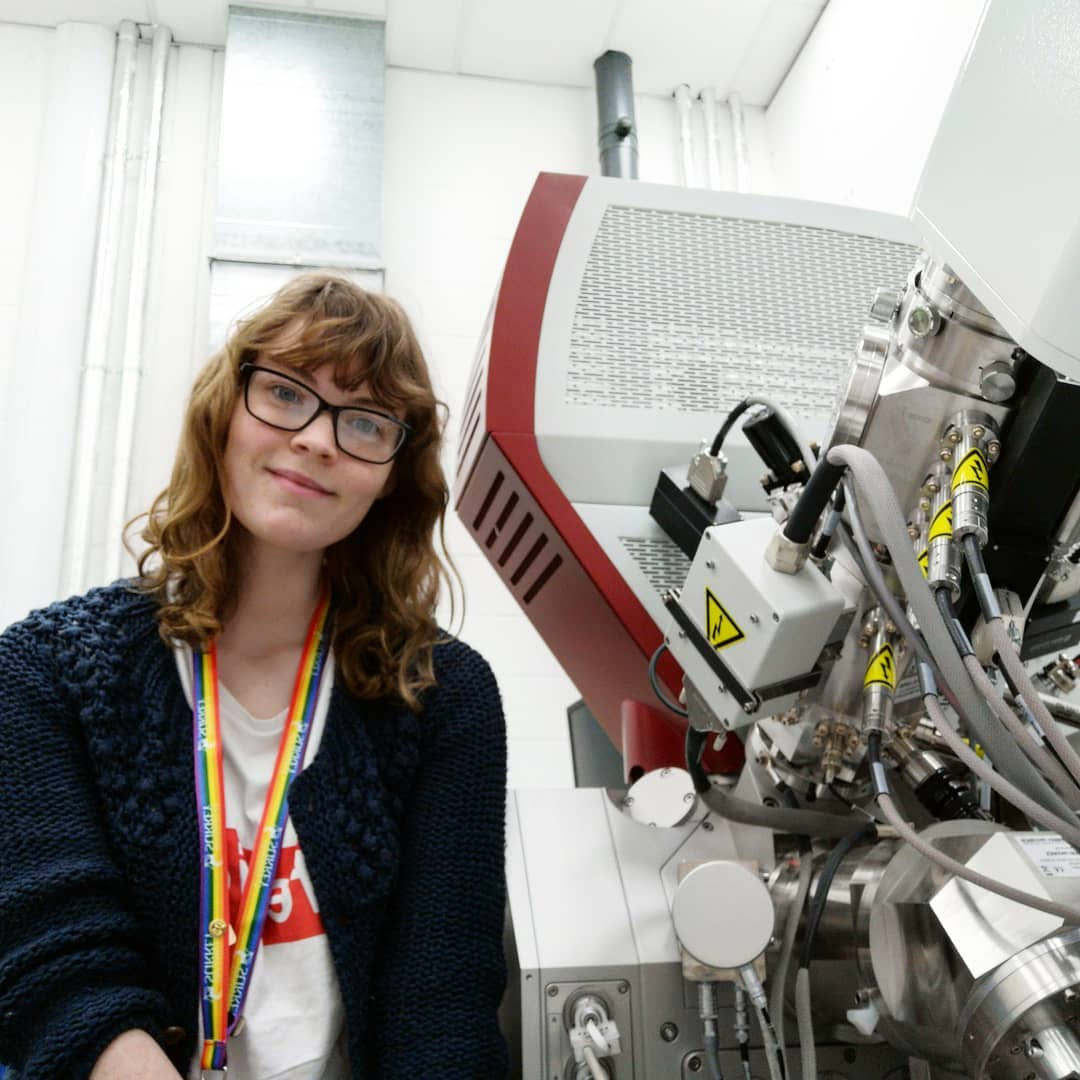 Nanofabrication with the Focused Ion Beam

I saw a poster for it in the physics department and decided to apply. I’m really trying to push myself and public engagement is a priority for me as a researcher. It can be really beneficial to take a step back and look at the bigger picture once in a while rather than getting bogged down in the details. Being able to explain cutting edge scientific research to the general public is difficult but I think it’s so important that people know what kind of work we are doing and maybe even to inspire future generations of scientists!

Q: Sum up in one word your expectations for the day

“Publish or perish”. The pressure to published and get citations as a metric for our worth as researchers. I think this mindset is incredibly detrimental to mental health in academia and adds so much additional stress that good quality science can’t be done very easily. I would also change the lack of diversity in science. It’s been shown that diverse research groups are more productive and diversity of thought from people from different backgrounds is important when carrying out scientific research.

Follow your passion and build a support network around you for when the going gets tough.