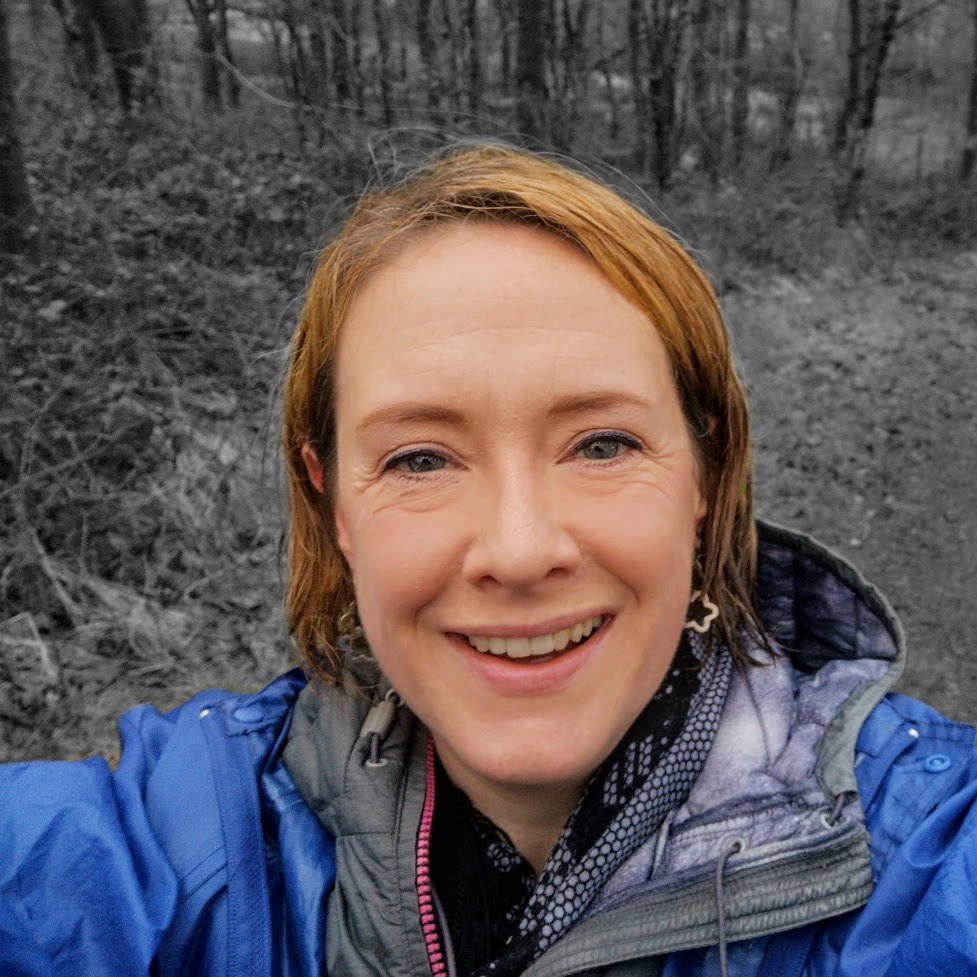 Theresa Robinson (@snorkel_maiden), Zoological Society of London/University of Reading is taking part in Soapbox Science London on 25th May 2019 with the talk: “Three’s a crowd? Mating system diversity in the Mauritius Fody”

As I started preparing for SoapBox Science, I knew I had to choose just one aspect of my PhD to discuss, for my own sake- so that I can keep on topic on the day and not gabble at people too much. A neat good news / bad news aspect of my current analyses is how the environment is determining how my Mauritius Fodies breed, and in fact how it’s (probably) changing their breeding behaviour, so that was an easy choice to make. 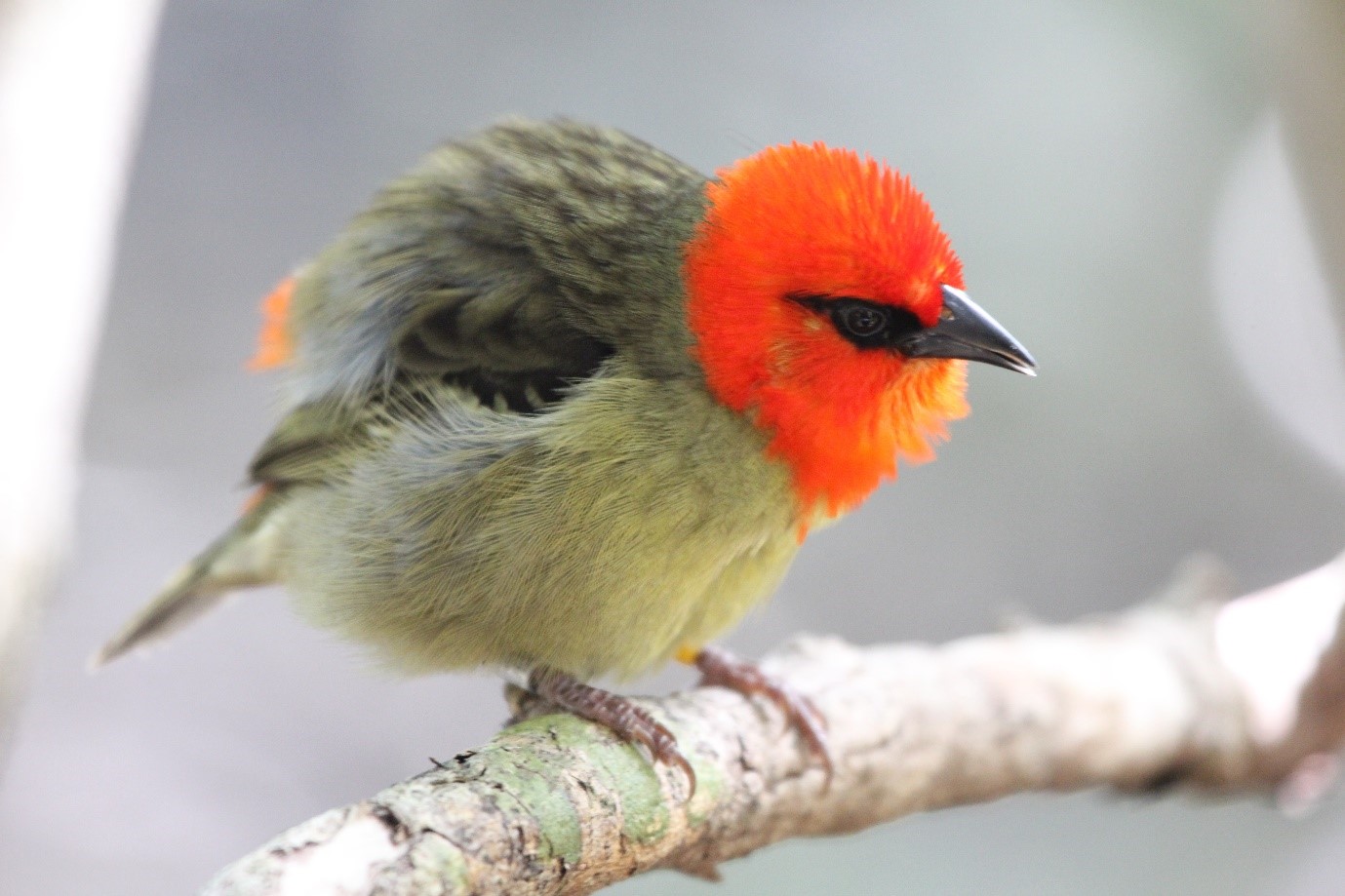 Then during the excellent training and introduction session at London Zoo I had the idea of making chocolate Shredded Wheat cakes with Mini Eggs to represent successful breeding, as a prize. A prize for what, though? So I’ve spent many hours since then inventing a game that I have, with CONSIDERABLE imagination, called Great Eggspectations. It’s possibly the world’s only game designed to illustrate environmental limitations on bird breeding, though I realise that niche is small.

Mauritius Fodies are insectivorous, and so to successfully fledge a nest they need to gather insects, in the game represented by small wooden butterflies which you draw (without looking!) from a tub. If you collect five butterflies you fledge a nest and win a chocolate Shreddie cake! However there are many perils along the way. A lot of Fody nesting attempts are ended by predation, so if you draw a dragon you lose all your current butterflies and must start again. Many birds, fodies included, don’t like to forage in the rain; so if you draw a raincloud with a rainbow you miss a turn. And there are increasing threats to nests from unpredictable and changing weather patterns and cyclones, which can devastate large areas of ecosystem literally overnight. So, if you draw a heavy raincloud, all players lose their current butterflies and must start again. 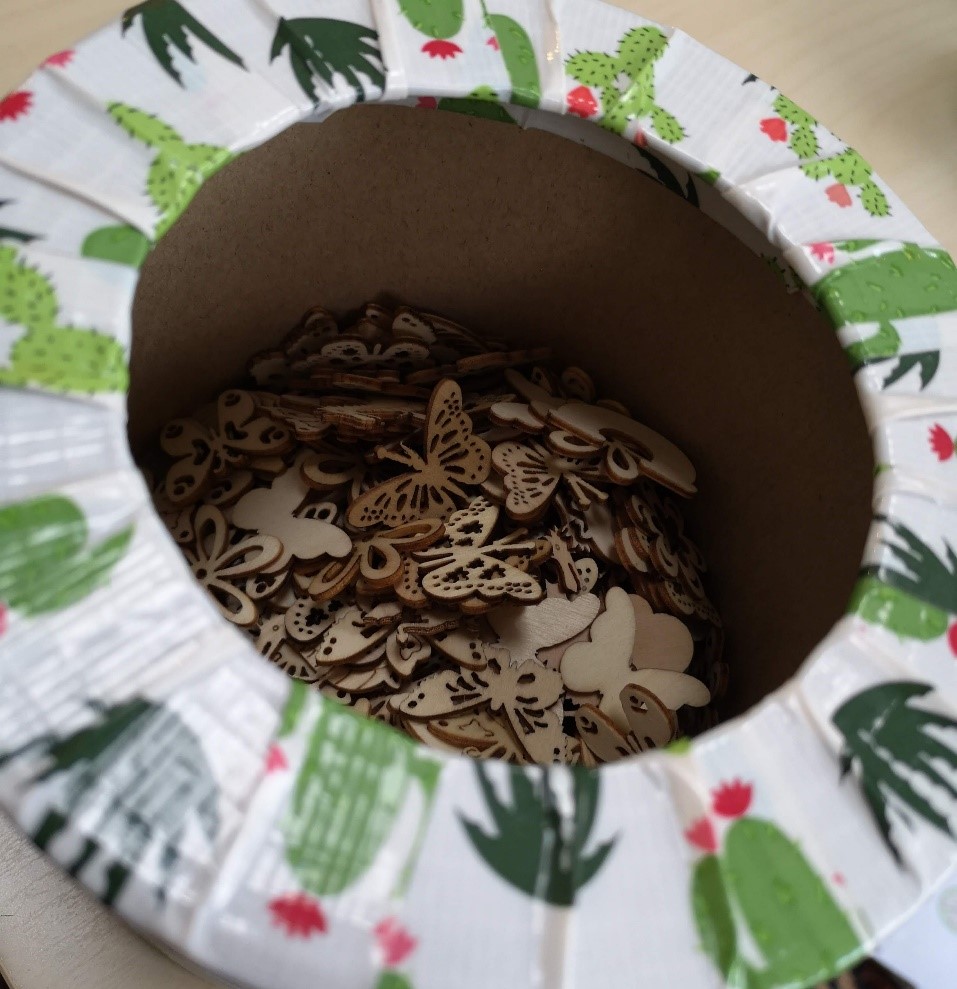 All of this is within a time, set by an egg timer (!!), to determine the available length of the breeding season, which is where the good news comes in. The majority of the world’s Mauritius Fodies, and my entire study population, live on a tiny offshore islet reserve called Ile Aux Aigrettes. The habitat here is different to the mainland where they lived previously, with more of the year being suitable for breeding, and the Fodies are making the most of this by cramming as many nests as they can into each season. Some breeding seasons last for more than a calendar year before they take a break. This has played a part in the recovery of the Fody from Critically Endangered to Endangered, and the Mauritian Wildlife Foundation are working hard to get the species downgraded further. Reduced pressure on the breeding time available will be represented in the game by a longer time set on the egg timer for some rounds, although of course the other limitations of predation and unpredictable weather still apply. 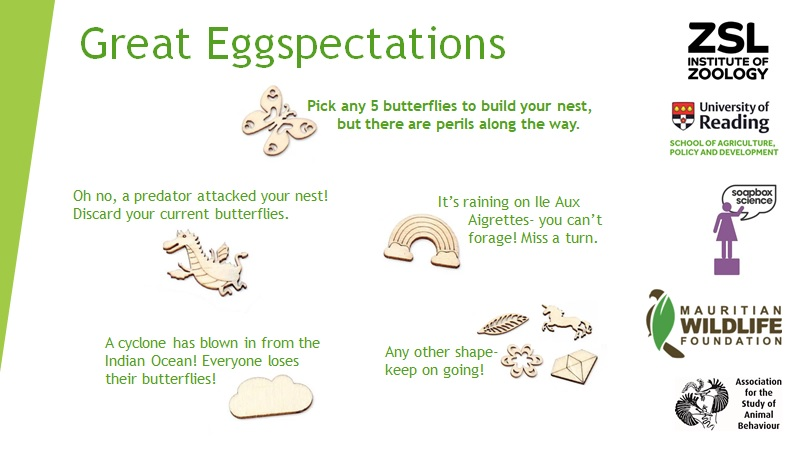 The Fodies are making things even more interesting by practicing polygyny, where a male has more than one nesting attempt at the same time, with different females. So I might try to incorporate this into the game by getting people to team up and drawing twice each go instead of once; males that are polygynous raise more fledglings than those who remain monogamous. 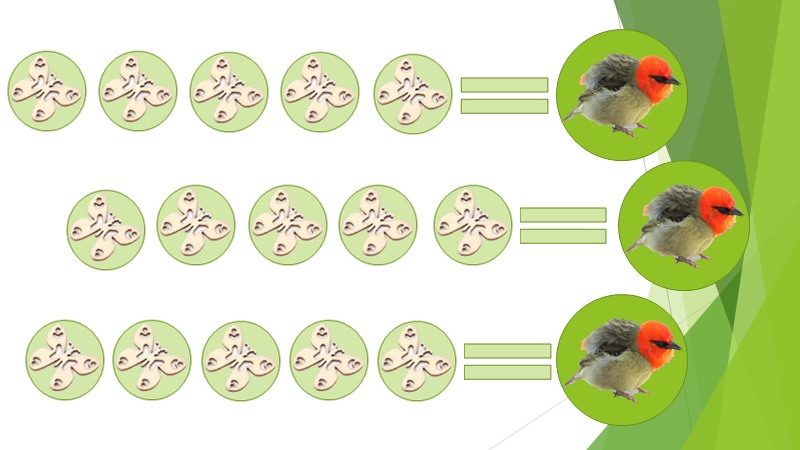 This process has been a fascinating learning tool for me to try to condense some complex ideas (that I don’t even fully understand myself yet) into bite-size chunks that I can easily communicate to others. My son Leo and his friends Emily and Charlotte (aged 6-8) have had fun recently testing Great Eggspectations for me, and there was laughter and lots of questions, so I’m feeling fairly confident that it will work on the day. They weren’t even being bribed by winning chocolate at the end!

Please come along to SoapBox Science London, on the Southbank, on the 25th May, and play Great Eggspectations for yourself and see if you can win a cake! 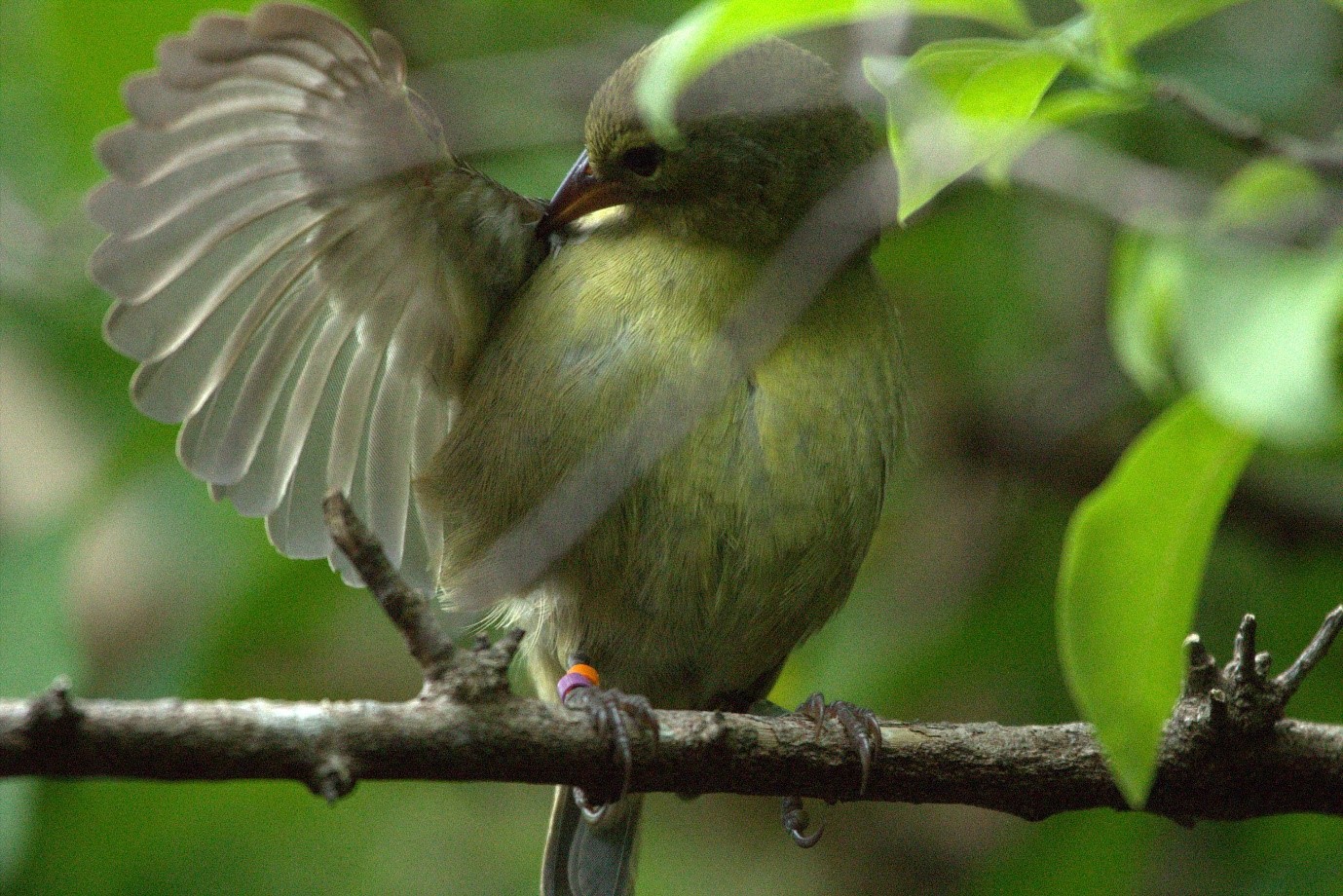 I am very lucky to be sponsored for SoapBox Science by ASAB, the Association for the Study of Animal Behaviour. Thanks also go to the Mauritian Wildlife Foundation, IOZ, and CAER at UoR.