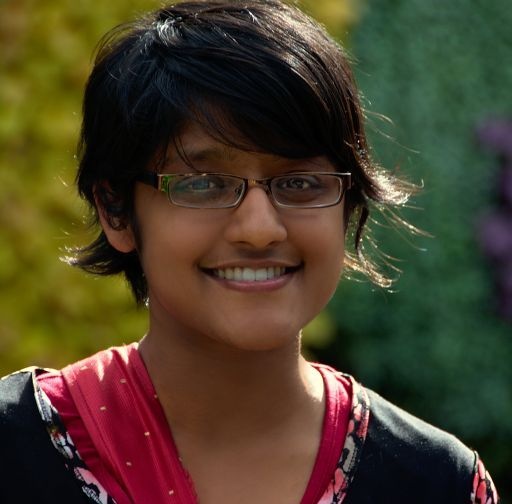 Riddhi Gupta (@riddhisw), The University of Sydney, will be taking part in Soapbox Science Sydney on 10th August with the talk: “Machine Learning and Quantum Control Using our engineering past to navigate a quantum future”

A quantum leap for diversity

A ‘quantum leap’ is a queer phrase.  “The implication is that ‘quantum’ is something big and powerful, with a hint of science behind it.” But, does ‘quantum’ mean something really small or really big? And what sort of ‘leap’ could promote diversity in STEMM?

A brief history of a queer phrase

The phrase ‘quantum jump’ in the 1920s, and ‘quantum leap’ in the 1930s were introduced to science and philosophy journals by scientists such as Niels Bohr, Max Planck and Albert Einstein. Both phrases originally meant an abrupt change.

When things are really small, quantum theory defines new rules so that physical quantities can only have certain discrete values in nature. Any change or process that violates these rules is not physically allowed.

For a physicist, then, a ‘quantum leap’ is rather small, quite abrupt, and arises when physical systems are behaving according to the rules set by quantum theory.

Last year, scientists were able to catch and reverse a quantum jump mid-flight. It’s a pretty amazing achievement to even observe a single quantum jump because jump phenomena are small in their energy signatures and they can be easily drowned out by other things in a laboratory.

So ‘quantum leap’ is small, carefully observed, but somehow powerful?

Indeed, these jumps are a cornerstone example of quantum mechanical phenomena that revolutionised our thinking about how nature works because they give us a probabilistic interpretation of our existence.

In quantum systems, every time we measure any physical quantity, we force the underlying system (e.g. a coin) to take up the value of observation (e.g. heads), with a probability predicted by quantum theory (e.g. 1/2).  Experimental observations of these jumps provide a tangible demonstration of the randomness inherent in quantum systems.

It’s impossible to not be curious about quantum mechanical weirdness, like quantum jumps, without digging into the technical details and learning more.

‘Learning more’ is hard, and hardest without a good environment

Universities, unlike workplaces or job-training programs, are really precious places for science because they give people an environment to focus on one complicated problem.

To choose what to focus on is almost like an apprenticeship between junior and senior researchers.

For learning to occur, however, we need an environment that is comfortable so that we can be different.

We need a safe place to be humble, to foster competitiveness alongside empathy, and temper timeliness with time for rigour.

A quantum leap for diversity: small, carefully observed, and revolutionary

So what sort of ‘quantum leap’ in diversity do I want in my field?

In our niche communities, it is impossible for our professional decisions to not (implicitly) endorse our values.

For me, to do robust science with limited resources, we can’t afford to exclude people from scientific inter-personal relationships, for example, whom we gravitate to or listen to during conferences, how we form collaborations, how inclusively research priorities are discussed and formed for shared projects.

Often diversity issues force us to absorb data that we might not want to believe.  I have found that individual anecdotes and stories have important information that can help us to design better policies and institutions.  While working on technical collaborations with people from minority backgrounds, it’s quite easy to see how my PhD experience is substantially different to theirs, under the close-knit apprenticeship model of academia.

EQUS, the ARC Centre of Excellence for Engineered Quantum Systems, for example, has used its unique position as an industry research centre to support re-entry into academia and barrier-removal via provision of individual funding and scholarships. It signals core values by re-writing all policies with a  diversity lens to affect all Centre-funded activities.

Women today are the next wave in a long-standing revolution to have our work acknowledged fairly, and our contributions not made invisible.

My research uses ideas from artificial intelligence, quantum computing, and computer science. In all of these fields, women have worked hard and led scientific breakthroughs. As examples, women extensively programmed and physically re-wired the first computer, ENIAC, using “over 17,000 vacuum tubes, 70,000 resistors, 10,000 capacitors, 1,500 relays, and 6,000 manual switches.”  While writing this blog, my colleague shared a handy little history gem: that computing power used to be measured in girl-hours and kilogirls, because the first ‘computers’ were women sitting with pens and paper. In physics, women “discovered pulsars, found the first evidence of dark matter, pioneered mathematics, radioactivity, nuclear fission, elasticity, and … have even stopped light.”

As more people with different backgrounds enter STEMM, we have an opportunity to form a shared  understanding of one another’s experiences.

In making quantum leaps to promote diversity, we see that there is plenty more for us to learn.

In my research group, we make ‘quantum devices’. These devices have been carefully constructed so that we can interact, control, and use properties of quantum mechanics.  In my talk, I will start by showing you what these devices look like, what quantum properties are and why they are different to how we experience the world normally. Next, I’ll establish the connection with our technological past, where we can borrow ideas from robotics, machine learning and engineering to help improve the way quantum devices work.  Looking to the future, I’ll explain why there’s a global push to make the first quantum computer. Together, we can speculate how these devices might affect our future lifestyles.