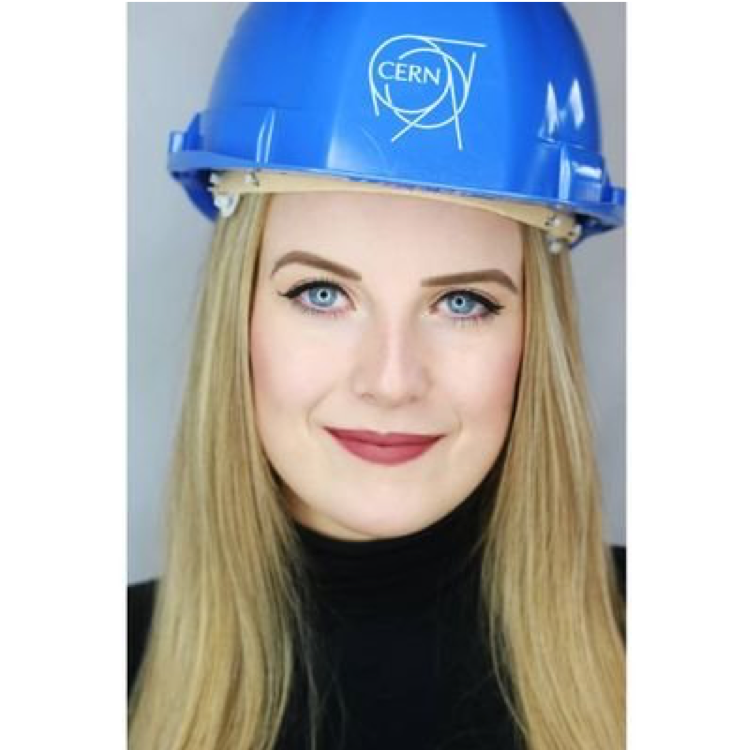 I am a PhD student at Brunel University London, working in the field of particle physics. This is the study of particles, tiny objects that are the very building blocks of our universe! I work on the Large Hadron Collider (LHC) at CERN (the European Organisation for Nuclear Research). CERN has been the home to many discoveries and inventions, including the World Wide Web, touch screens and the discovery of the Higgs boson! It is also the home of the largest particle accelerator in the world: the LHC. The LHC is a ring-shaped machine that is 27 kilometres in circumference. It is located near Geneva in Switzerland and is buried 100 metres underground. Inside the LHC, counter-rotating beams of protons are accelerated and made to collide at nearly the speed of light! This produces the highest-energy collisions of any particle accelerator. Physicists use detectors (called ALICE, ATLAS, CMS and LHCb) to detect and identify particles produced from the collisions. This enables them to either find new particles or learn more about the particles we have already found. Working on the LHC has been my dream job and my journey into particle physics started many years ago, while I was at school… 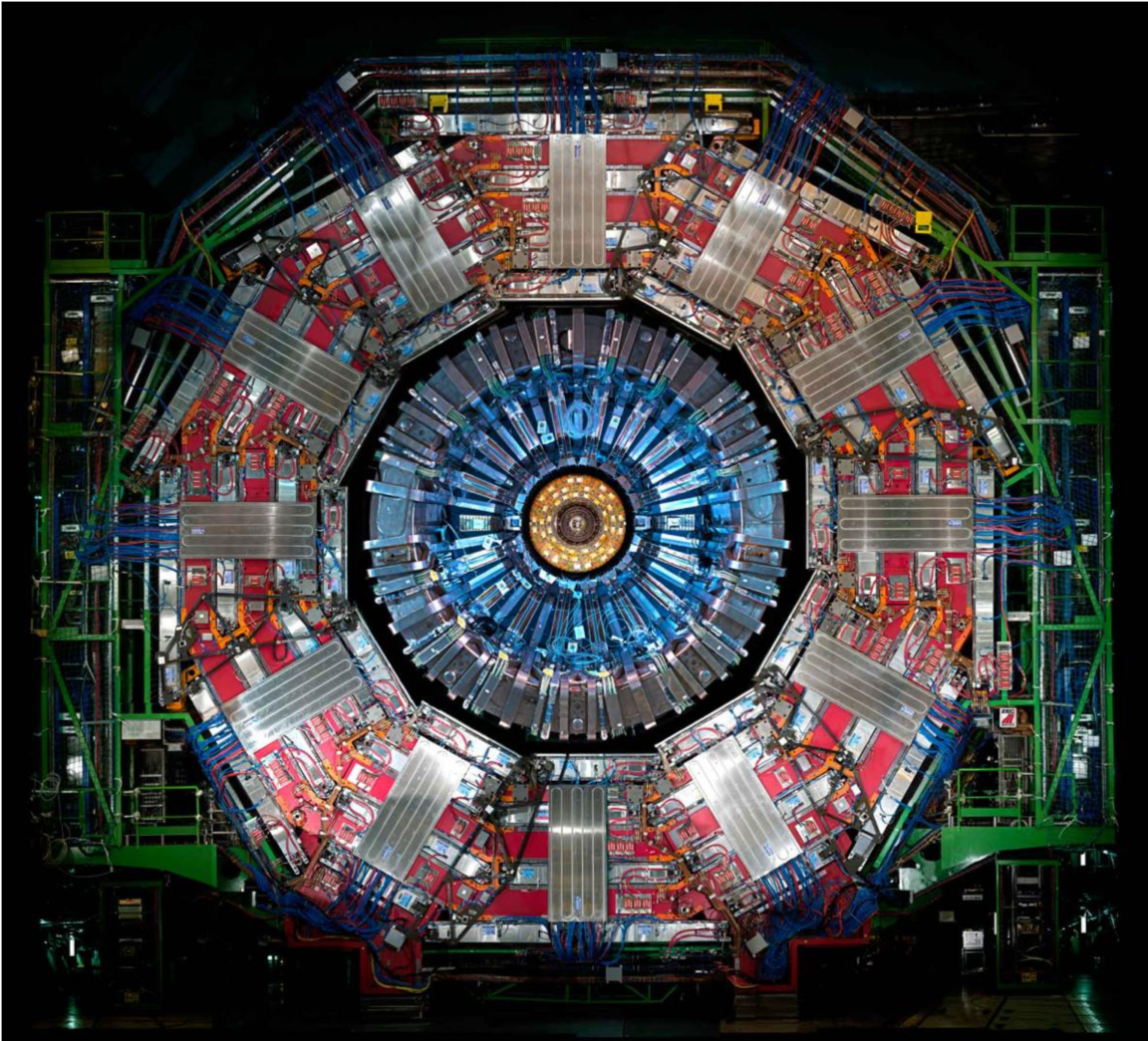 I am originally from Dagenham in Essex. The LHC began operation in 2008, when I was about 13 years old, which was the first time I had heard about the LHC and about the work of particle physicists. This, and having a fantastic physics teacher, accelerated my early interest in the subject. I do not have any family members that work in science and I had never met a particle physicist at that time. However, it became my dream to become a particle physicist at CERN. Therefore, when I was in Year 12, I decided to send speculative emails to find out about work experience opportunities at CERN. As I had no prior research experience, I did not even expect a reply, let alone being offered a placement! 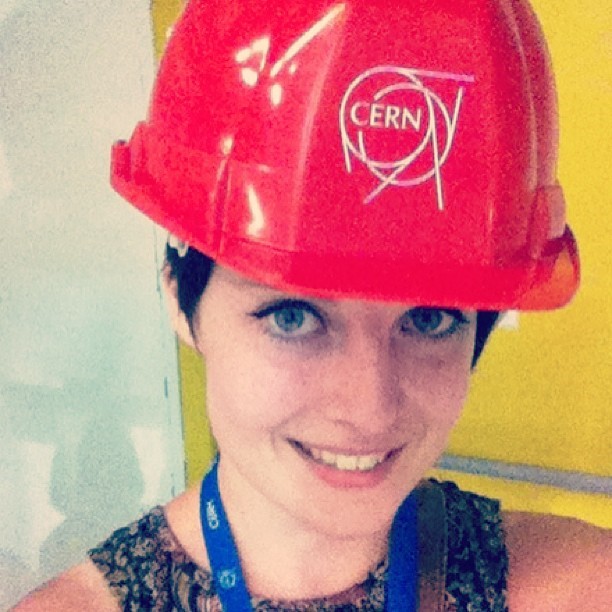 I was ecstatic and, in the following summer, I had my first placement working at CERN. Full of a mixture of nerves and excitement, I boarded the plane to Geneva – this was also the first time I had travelled abroad! I worked on the Compact Muon Solenoid (CMS) detector to determine the level of radiation damage experienced by one of its subdetectors, called the ECAL preshower. The ECAL preshower is used to distinguish between photons that are produced from neutral pions and the photons produced from other particles, such as the Higgs boson. More information about the work I conducted during this placement can be found in this YouTube video.

After school, I went on to study for an MSci in Physics at Queen Mary University of London. As part of a physics degree, students write a “dissertation”. This is a long report explaining the steps carried out during a research project conducted in the final year of the degree and the conclusions that are drawn from the results. For my dissertation, I analysed a simulation of data taken from the ATLAS detector at CERN. The simulation is known as a Monte Carlo simulation, or an MC simulation for short. From the analysis, I predicted how many years it would take for a hypothetical particle, called the Randall-Sundrum (RS) Graviton, to be discovered at the LHC. The RS graviton is thought to be responsible for transporting the force of gravity between particles with mass and it could also solve the “hierarchy problem” in physics, which asks: why is the force of gravity so much weaker than the other fundamental forces?

In addition to my university studies, I carried out particle physics research during summer internships. The first was at DESY in Zeuthen, Germany, in 2017. As a DESY summer student, I worked with members of the DESY ATLAS group to analyse data, and MC simulations of the data, taken from the ATLAS experiment at CERN. In particle physics analyses, MC simulations may not exactly match what is shown in the data, so “scale factors” need to be calculated and applied to the simulations in order to make them match. At DESY, I calculated one of the scale factors that was needed to be applied to an MC simulation of a physics process that occurs inside the ATLAS detector. This process was a Z boson decaying into an electron and a positron, which is the antimatter version of the electron (it has the same mass but is positively-charged instead of negatively-charged!). Check out this report for more information.

In 2018, I returned to CERN as a CERN Summer School student where I again worked on the CMS experiment. For the project, CERN intern Agustina Quesada and I tested hexaboards, a type of sensor that will be used in the “High Granularity Calorimeter” (HGCAL). The HGCAL will replace a section of the CMS detector, called the “endcaps”, so they can withstand the high radiation levels generated in the upgraded version of the LHC, called the High-Luminosity LHC. We also worked towards replacing hardware, called Nuclear Instrumentation Modules (NIMs), with a NIM+. Nuclear Instrumentation Modules can be used in “triggering” in particle physics. The LHC produces over 1 petabyte of data per second, equivalent to the amount of data stored on 200,000 DVDs! This is too much data to store, so triggers are used to remove data that does not show signs of interesting physics. The NIMs achieve this but are becoming old and obsolete, which motivated their replacement with a NIM+. The NIM+ is much smaller and contains a component, called a Field Programmable Gate Array, that can be programmed. For more information about the project, click here. 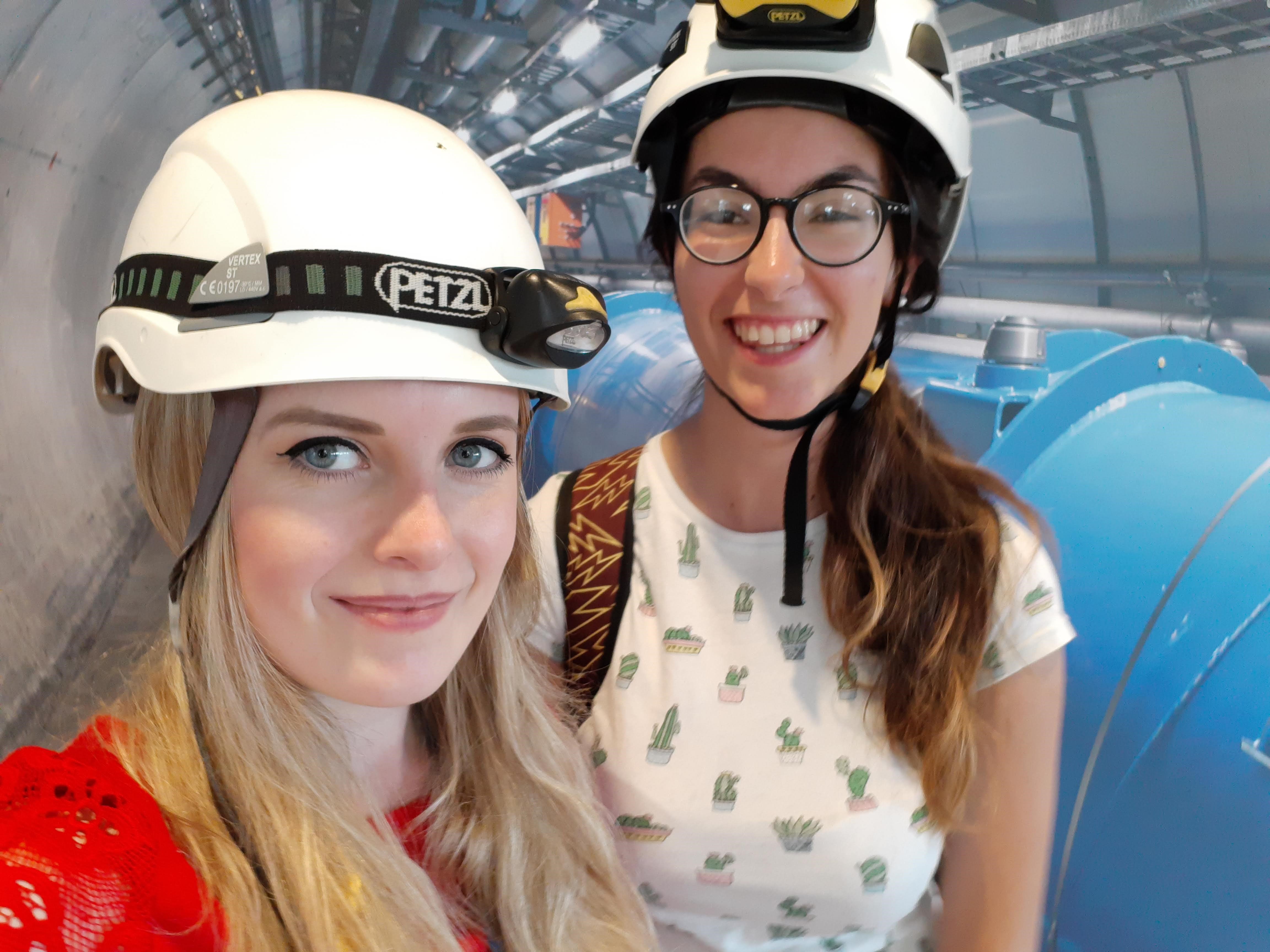 Me and Agustina in front of a poster of the LHC tunnel at CERN!

I spoke about my top quark research at this year’s Soapbox Science London on the South Bank! I decided to apply to be a speaker after I volunteered at last year’s event, where I assisted Dr Jess Wade during her talk. Being one of the 12 selected speakers was a fantastic experience: the audience were very engaged and eager to learn more about particle physics.

I would definitely recommend the unique opportunity of speaking or volunteering at Soapbox Science to anyone!